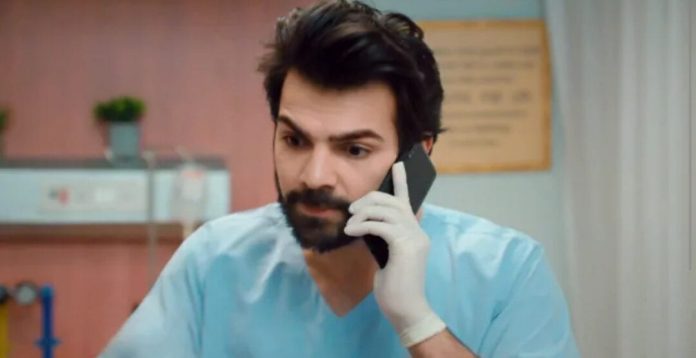 Today’s episode starts with Nishi asking Vena she can’t believe Rohit is alive. She fakes tear. Venna thanks Nishi for providing best doctors for him. Nishi thinks how Rohit got cured. There, Sonakshi, Doctor, Simmi and Tulsi sigh relief. Sonakshi recalls how Tulsi helped her to come out from the life. And how she brought Rohit back to life. Back to reality; doctor thanks Sonakshi for saving the day.

Afterwards, Tulsi comes and Venna asks if she can meet her. Tulsi says no and asks them to wait till they will shift him to the normal ward. Nishi wonders who gave antidote to Rohit.

There, Pari and Tanya decide on baby name. Pari says she has already thought a name of her baby. Rohan interrupts and says Pari’s selected name. Tanya feels upset. Other side, Sonakshi tricks Nishi and makes her believe that Mathur gave antidote to Rohit. Nishi gets angry at doctor and scolds Parvathy too.

There, Venna sits upset beside Rohit and Sonakshi comes. Sonakshi asks Venna to go home and not to worry about Rohit. Venna feels attachment with Sonakshi. She further asks her to call her once Rohit will wake up. Sonakshi says yes. Later, Sonakshi recalls her moments with Rohit. Unconscious Rohit confesses his love for Sonakshi. Sonakshi says love you to Rohit.

Rohit wakes up and asks Sonakshi to go. Sonakshi says she loves him and will not go. Rohit says to Sonakshi he hates her and she should leave. Sonakshi than attempt suicide. Rohit stops her and reveals to her how Nishi threatened him.

Later, Sonakshi reveals to Rohit that Nishi tried to kill him too. Rohit cries and tells to Sonakshi that he loves her and wants to spend life together. But he can’t because of Nishi. Sonakshi and Rohit join the hand together against Nishi. (Episode Ends)

Precap: Rohit brings Sonakshi back home. Pooja gets angry at Sonakshi and Rohit.