Here, Rohit learns about some disease and asks Tulsi to call doctors, YK and Ajit for the emergency meeting. He asks her to bring 21 masks for his and Sonakshi’s family. He worries for Sonakshi. Here, Sonakshi sees Muniya coughing and worries for her. Other side, Rohit explains to his team that it’s an epidemic disease and all the patients should be treated separately. He says none will interact these patients without wearing masks and gloves. Sonakshi touches Muniya and says she will drop her home.

Afterwards, Sonakshi meets Sumit and says they should do affair. Sumit hesitates. Sonakshi asks him to start the affair and take her for the dinner date. Sumit says who starts the affair on gun point. Here, Veena asks Pooja to stay with Tanya and don’t let Rohan enter her room.

Other side, Sumit tells to Rohit that Sonakshi asked him to do affair with him. He says he might have only done smoething. Rohit recalls his past with Sonakshi and asks Sumit to share his life with Sonakshi, as she is a perfect match for him. Sumit agrees. Later, he thinks of a way and asks Sonakshi to get ready for dinner date.

Episode ends with Sumit and Sonakshi dances and Rohit sees them angrily. 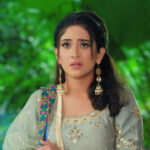 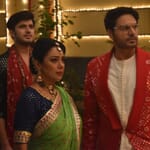 October 25, 2021
Bharathi kannamma 25th October 2021 Written Update on TellyExpress.comThe episode starts with Kannamma gets happy to see her kids sleeping besides her. She thinks...

October 25, 2021
Karthika Deepam 25th October 2021 Written Update on TellyExpress.comThe episode starts with Mounitha returns to her place and thinks she will stay with Karthik...