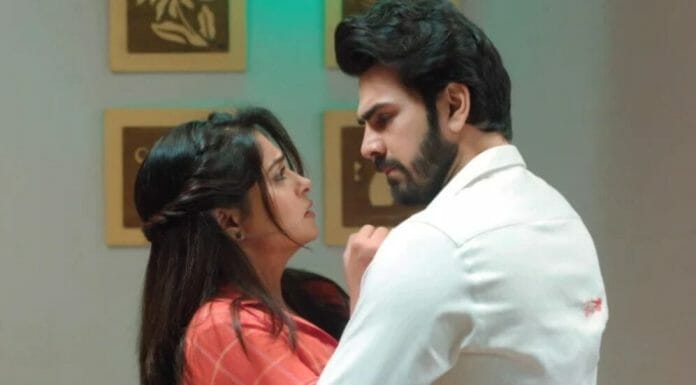 Today’s episode starts with Venna telling to Sonakshi that Rohit still loves her and is mad for her like before. She says for Rohit’s happiness she has abducted her. Sonakshi tells to Venna that even if Rohit loves her but she hates him as she can never forget how he berated her and thrown her out from the Sippy mansion. Venna says she don’t bother and will make her locked here till Rohit totally forgets her. Ahead, Hari tells to Venna that his brother who abducted Rohit is caught by the Police. Venna worries.

Futher, Rohit asks Sumit to meet inspector as they caught the car driver. Sumit asks Rohit why he is not coming with him. Rohit tells to Sumit that he might be infected with Super virus. Sumit paincs. Later, Rohti recalls about Sonakshi and asks Sumit to anyhow find the Sonakshi as her blood group is rare and can save many life. Her blood can become antidote against Super virus.

Ahead, Suman catches Pari talking with Rohan and scolds Rohan and Pari both. There, Venna worries thinking what will happen when Rohit will learn she abducted Sonakshi. Later, Nishi informs to Venna that Rohit got detected with Super Virus. Venan panics and reveals to Nishi that she has kidnapped Sonakshi.

Nishi asks Venna to relax as she will handle everything. She asks her to make her meet Sonakshi. Naren overhears their talk. Further, Nishi and Venna meet Sonakshi. Venna cries thinking she did sin by kidnapping Sonakshi. She asks Nishi to send Sonakshi home. Later, Nishi wakes up Sonakshi and Sonakshi pleads in front of her to let her go. Nishi disagrees and reveals to Sonakshi that Rohit is infected with Super Virus.

Sonakshi sits shocked learing about Rohit. She cries and pleads Nishi to let her go. Nishi locks Sonakshi back. In the morning, Rohit asks Tulsi and nurse to convince people like Sonakshi to give their blood as they can only save many lives. Ahead, Venna learns that Sonakshi can only save Rohti’s life as her blood can create antidote and can save his life. Episode ends with Rohti worrying for Sonakshi.

Precap: Doctors experiments on Sonakshi and her risks her life.