Not only you but all of us wanted to know that is it possible for two people who are completely different from each other in terms of profession and life leading to fall in love? Dr Rohit Sippy and Sonakshi are coming to answer this question on our TV screen from 17 June, 2019 Mon – Fri at 9:00 p.m. on Star Plus. The channel is all set to launch their new show titled as “Kahan Hum Kahan Tum” which will explore the lifestyle of a TV actor and a doctor. It is not a new thing that a show will talk about a heart surgeon or doctors life. Before this we have plenty of shows like Sanjeevani, Ayushmaan, Dil Mil Gayee and Savitri Devi College and Hospital who dealt with the lives of doctors and their work schedule. However, exploring the pressure and life of a TV actor who works daily for 5 or 7 days telecast is a completely new and fresh concept for Indian Television.

Even Sonakshi seems to have a troubling past that still troubles her. What do you think it would be? #KahaanHumKahaanTum @ms_dipika pic.twitter.com/2W4ZSuVNHN

After successfully written her name in the history of Bigg Boss permanently as a winner, Dipika Kakkar is all set to make her comeback on small screen with this show. She is playing the role of TV actress in the show but neither it’s based on her life or Madhuri Dixit as per rumours. The actress clarified this in the launch event of the show that this is nowhere connected to Madhuri Dixit and Dr. Nene’s life. The actress will be seen romancing much talented and loved TV actor Karan V Grover who is also making a comeback after a long break. The promos of the show is already out and it is piquing the interest of the mass really well. The producer of the show Sandeep Sikand has brought in a fresh pairing with a unique concept. The show will deal with an everyday problem of many lives these days. The narrator of the show “Saif Ali Khan” also said in a conversation that the concept is much relatable to his life as he is also unable to give required time to his family in spite of loving them. 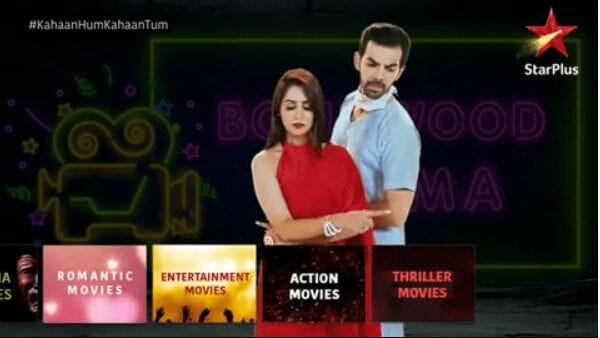 The promo also showcased how two people connected to two different world of profession is trying to manage to keep in touch. In the promo both Rohit and Sonakshi are sitting in a restaurant where Rohit is narrating her story of his first surgery which is getting interrupted again and again by fans asking for Sonakshi autograph. On the other hand, Rohit gets a call from a doctor and he confirmed to be there in 30 minutes. Rohit asks Sonakshi to meet tomorrow to which she agrees and leave.

Well the promo gives an insider about the show. We all have someone special in our lives and some of them belongs to a different profession. So this show will tell viewers about what comes next to an “I LOVE YOU”. The maturity, understanding, compatibility and trust two people maintain to keep a relation sail through everything. Giving each other space and understanding the feelings of the other person and the situation is always required to maintain a healthy relationship. Well the love story lovers will surely have so much to look for in this show.

Dipika Kakkar lost some kilos to get in the shoes of Sonakshi and was a first choice of the producer. Besides the “Sasural Simar Ka” actress another contestant and co-participant of Dipika is also going to part of the show. Bigg Boss 12 fame Romil Chaudhury is also going to debut in television with this show. The show is replacing Krishna Chali London which aired its last episode on Friday.