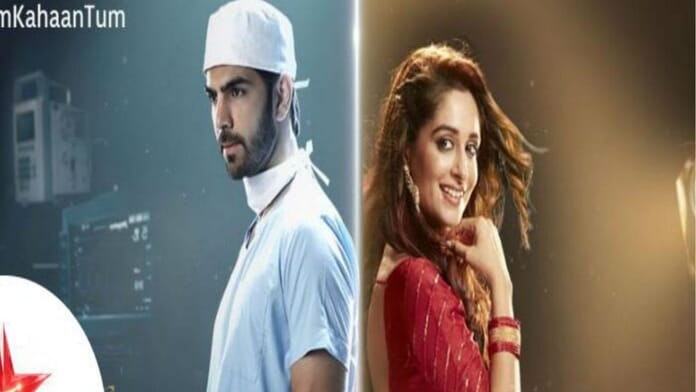 Episode today opens with people helping Rohit to come up. Sona takes the puppy. She asks about his whereabouts. Rohit looks at her. Puppy owner comes searching for him Sona returns it to them. They ask a selfie from Parvati and give Rohit her mobile to click for them. Rohit makes faces and clicks for them.

Sona feels pity for the puppy and discusses about him with Rohit. Rohit says to her with him he too was hanging can’t she see. Sona ask to him how they both reached there. Rohit recalls the flashback how the dog made him run here and there. Sonakshi laughs out loud. Rohit thanks Sona for helping him. Sonakshi ask him why he came at this place. Rohit tells her whenever he gets upset he comes here to spend time alone. Sona looks at him. The duo talks to each other.

Rohit says to Sonakshi why she took others help for rescuing him. He says he thought the great Parvati would save him and Johnny alone. He explains his imagination Sona leaves the place. Rohit follows her. Sona starts her car Rohit looks on and again taunts her now Parvati will become mechanic. Sona again tries to start the car. She prays to God to help her starting the car. Rohit mocks Sona. Car started Rohit says unbelievable. He asks for the lift. Sona asks him to say please. Rohit says please and praises Parvati. She asks him to get in.

Suman comes eating and tells what happened at the clinic to the Preeti. Preeti ask her where she learned doing bargaining and negotiations. Suman ask her to get ready for the shopping.

Sonakshi speaks Sindhi Rohit looks at her. She says the famous joke of the Sindhi’s. Rohit ask where she resides. She tells her. The duo talks to each other. Sona plays the 90’s song. Rohit ask why she is listening this old song and both of them argue over it. Sona says love is magical. Rohit disagrees and explains love is not always magical. He gets emotional.

Rohit ask her to stop the car. He says he will go home walking but he can’t sit in the car whose driver is not having license. Rohit calls a cab and goes away.

Someone informs Netra that Sumit has called some politician and is planning strike. Netra asks him did Sona know about this. He says no. – (Episode Ends)

Precape: Rohit talks to his staffs. Sona overhears him, gets angry, and says she wants to meet the person who keeps such a perception for the actors.