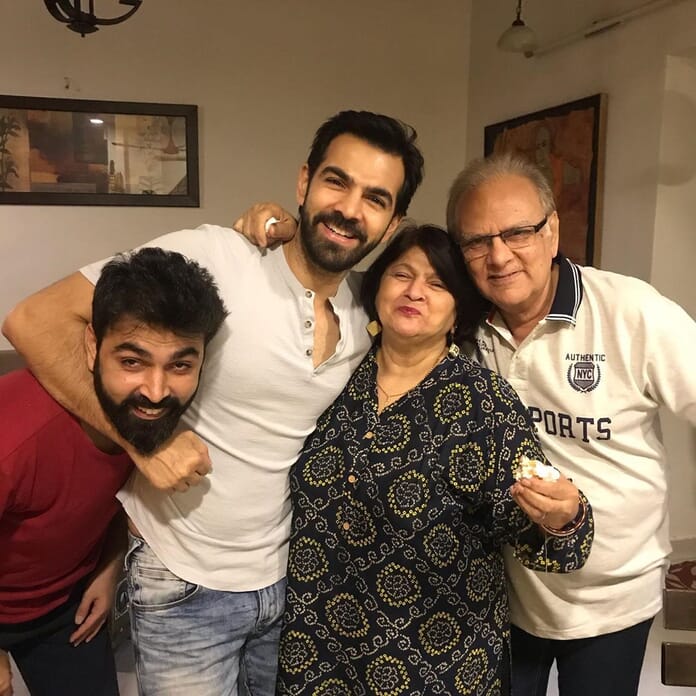 The biggest blessings for a human as a celebrity is the unconditional love of people. The way they get loved, adored and followed by a large number of people is truly admiring and overwhelming for them. Time and again celebrities keep showering their happiness, gratitude and acknowledgement to fans for loving them and showing their love in various forms. Sometimes by gifts or donation, followers, subscribers, fans make sure to make their favourites feel special. Today another name joined the list who touches a milestone in terms of followers on social media. We are talking about Karan V Grover, who was last seen in Star Plus show Kahaan Hum Kahaan Tum. It’s a double celebration day for him as he is celebrating the birthday of his mother along with a whole 100K followers on his twitter account.

The actor gets happy and shares his feelings with a post shared by him in his social media account. He described how this morning turned out to be a more special occasion for him by this added gift from his fans. Karan shared that he is already celebrating his mother’s birthday along with a popular hindu ritual Karwachauth with his family members. This morning turned out more special when he noticed that his twitter account crossed the mark of 100k followers and fans also expressed their love for him. In spite of being busy with family he asks his fans to decide a date and time for him to come live and he will be present on their command. Cute, isn’t it? Well the actor not only promised but he actually made an announcement and hosted a live chat on Twitter when one of his followers asked him to come live at 5 pm.
https://twitter.com/karanvgrover22/status/1323894485798031361?s=19
The actor also shared how he always dreamt of having 100k followers one day when he made the account. He says that today morning he recalled the event and felt a bit emotional and overwhelmed. He also does chit chat with his fans in his usual styling like always and answered their questions. The fans also trended #KVGHits100K on twitter to show their love and make him feel more special for being an absolute sweetheart. Well we also wish this actor all the best to touch and cross many such milestones ahead. Also wishing a very happy and healthy birthday to his lovely mother Mrs. Rekha Grover. The actor is currently featuring in the youtube series of SIT as Rishi. His fans are missing him watching on Tv but the actor has no such plans as of now. He said to his fans in his live chat session that he would like to take some more time to be back on TV due to the covid situation mostly. He promised to let people know if anything is on the line for him in the coming days. So fans have to wait a little more to watch him on a show or web series. Well, stay happy and keep getting loved Karan, you absolutely deserve it.