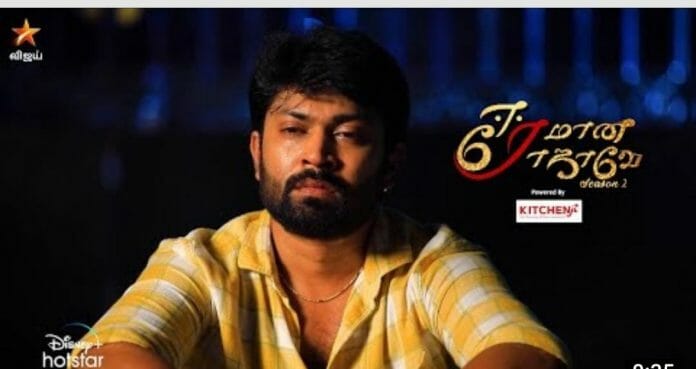 Maa TV popular show Karthika Deepam serial is witnessing some major turning points.
As reported earlier Hima comes to Nirupam’s cabin and asks him to marry the person whom she chooses for him telling him she is not correct for him. Nirupam says I know you love me so tell me if anyone warned you? Shoba tries to leave the cabin saying sorry to them. Nirupam says there is nothing here to say sorry. He leaves out with Shoba. Hima thinks why Jwala didn’t come on time. Jwala takes Soundarya to her house. Hima calls Jwala and asks why she didn’t come. Jwala disconnects the call telling guests are at home.

Soundarya tells her my granddaughter back off from her engagement so know the reason and makes her agree to the marriage. Jwala says she can’t do it. Hima returns home. Soundarya makes Hima meet the couple who are doctors. Chandra Sekhar tells Hima that his son likes her that’s why come to talk with your grandparents. Hima thinks in this way Nirupam may forget her. Swapna asks Nirupam why he sits in the darkness.

She asks him to forget Hima. Nirupam says it’s tough to forget her as I thought of her as my life. She asks him to come to have food with them and tells him she invited Shoba too. Nirupam asks why she is inviting Shoba every time. Swapna tells him she wants him to marry Shoba. Nirupam asks her to not create hopes in Shoba as I won’t marry anyone except Hima. Swapna says Hima is marrying Doctor Chandrasekhar’s son but here you don’t want marriage.

In the upcoming episode, viewers going to witness Nirupam will tell Hima that he will cancel her marriage. Hima will say Bava but He will tell her that he won’t let her marry anyone except him. Jwala will come there. Hima will feel tense thinking about whether Jwala heard their conversation or not.

Can Jwala realise Nirupam is loving Hima? How Jwala will react to Nirupam’s confession?
All these questions will be answered in the upcoming episodes.