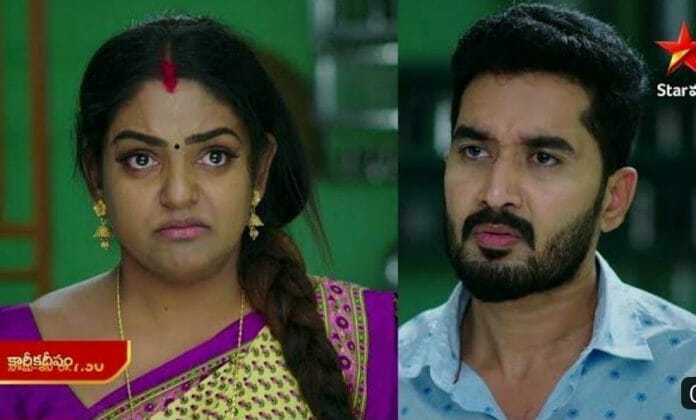 In the upcoming episode, viewers are going to witness Karthik will say to Deepa that he saw Indrudu in a hotel and he tried to catch Indrudu but he failed. Deepa says to Karthik she went to the hotel and saw Karthik giving money to Indrudu. Deepa questions Karthik on why is he deceiving her.

Will Karthik learn about Charuseela’s wicked plans? Will Sourya meet her parents?