The episode begins with Anupam is asking Anurag to earn so much money that Prerna regrets throughout her life for leaving him and married Bajaj. He asks him to be more and more successful and work hard and invest his mind in works. Anurag listens to him takes his blazer from the chair and asks him to meet at the conference room.

Anupam thinks I don’t know if I did right or wrong but being defeated is not an option instead be a fighter and invest yourself in work. I hope Anurag concentrate more on his professional life so that he can be away from the mess of Bajaj and Prerna.

Here in Basu house, Bajaj enters with a teddy for Kuki and calls for her. Maasi greets him and asks how come he is so early today? Nivedita and Mohini also enter and coming upwards without paying attention to them.

Bajaj asks for Kuki when Tanvi comes and say she is playing with Prerna so must be around, wait I am calling her. She calls Prerna and asks her about Kuki. Prerna seems to be clueless and numb for the situation and she says we are playing hide and seek and she went to hide somewhere.

Bajaj asks her exactly how much time is spent since you saw her last time? Mohini listens to the mess and tells Bajaj you did a mistake by handing over your daughter’s responsibility to her. Just like I did when I handover my son and the happiness of this house to her and the conclusion is right in front of you. Nivedita asks Mohini not to get involved in it and go from there.

Prerna comes to Nivedita’s room and asks if she sees Kuki, Nivedita says why are you calling her with her name? She is mute so can’t respond, she taunts her that you can not handle a kid but grown-up man and leaves from there.

Bajaj lashes out at Prerna that in the entire day the only work you have is to take care of Kuki. You can’t even do that much perfectly, I brought you just for the sake of my daughter, Maasi comes and asks Bajaj not to shout and look for Kuki. Nivedita comes out of corner and wonder Bajaj married Prerna for Sneha? What does that mean?

Tanvi says she finds Kuki in the store room but she was unconscious, Bajaj took her in his arms and went to her room. Prerna asks for sorry from Bajaj but he says your sorry won’t set the things back to right. He requests someone to call the doctor and maasi says she is calling.

Prerna thinks it was her fault that she left Kuki alone and didn’t care enough for her and feels guilty for her Bajaj talks to aunty in a rude way. Tanvi and Maasi are in a room where Maasi informs the doctor about Kuki and asks him to come immediately.

Tanvi texts the doctor the address of Basubari when they both gave each other a notorious smile and goes in flashback. It was revealed that Tanvi and Maasi made Kuki enter the Storeroom and later Tanvi only scares her in the name of ghost and switches off the lights in the room.

Tanvi says I just pretend to find Sneha from there when they reveal that Maasi always wanted Tanvi to get married to Risabh and Kuki is the only way out of it.

However, before Tanvi can take that place, Prerna did her bit. Tanvi says but now they are married so no more hopes are left, Maasi says Prerna is nothing but a nanny for Sneha. Risabh has no feelings for her. So we can prove that Prerna is not the right one for Kuki in fact she is harmful. Hence, he will throw Prerna out of his life.

Bajaj is with Sneha and asks her to open her eyes worriedly. Later, Sneha gains sense and hugs Mr. Bajaj and asks him to smile. Bajaj says I got so scared for you. Prerna thinks the worst person of her life is the best father in the world.

Kuki comes to Prerna and hugs her too when Prerna says she will never leave her alone. Maasi told Risabh Prerna is too young to shoulder the responsibility of a mother so give her some time. Here Sneha tries to say Prerna about how she landed up in storeroom and but Tanvi and maasi spoils it. 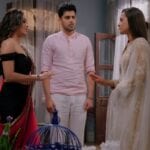 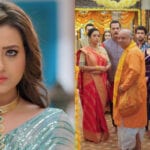 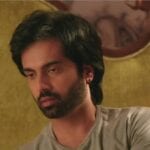 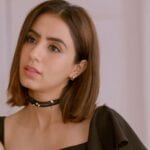 Kundali Bhagya: What Mahira did to win the challenge? 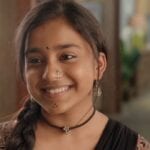 Imlie: Imlie to hide her vermilion with her hair