Episode starts with Mr. Bajaj calls Mehra and asks him why he is not giving her more work to do. Mehra says he is already doing hard work. Bajaj further says than how he is getting free time to think about something that doesn’t belong to him. Mehra says than he is sure he is going to crack that deal too. Mr. Bajaj says he is not talking about any deal and asks him to come and meet.

Prerna ask Mr. Bajaj is he had dinner. She further says she will bring dinner for him. Bajaj says he is not hungry. The duo talks with each other. Prerna further says to Mr. Bajaj that she still care for Anurag. Bajaj stands shocked and excuses himself.

Other side, Sharda ask Tanvi to just pretend Anurag’s girlfriend in front of Prerna because she won’t be able to bear any other girl entering into Anurag’s life. She tells a plan to Tanvi. Tanvi refuses but later agrees to do flirt with Anurag.

Mr. Bajaj in his room recalls Prerna’s word. He thinks he didn’t married with Prerna to fall in love with her. He thinks than why he is feeling restless. Bajaj self-talks. Mehra comes and ask Baja what happened.

Bajaj says he wants to talk something important with him. He ask him does he believe a women can hypnotize a man. Mehra stands blank. He further says one employ used to be focused now he is melting down which isn’t good for business. Mehra ask Bajaj not to fire the man as he will talk with him.

Bajaj says he is no worth to talk with VP. He says he has seen he changed a lot after mairrage. Mehra explains to Bajaj after hearing his words. Prerna brings coffee for Mehra and Bajaj.

Bajaj ask Prerna is he asked her to bring coffee. Prerna says she is a part of a family too and if he has invited someone at midnight than she has to be nice with the person. Bajaj ask Prerna to remember the deal why he married him and don’t pretend to be extra-good with him.

In the morning Inspector arrives and asks for Mr. Bajaj. Bajaj ask why he is here. Inspector says he is here to arrest him. Anurag says he called him because Bajaj tried to kill him. He says he attempted to murder him and made it look like an accident. Prerna and others stand shocked.

Shivani rushes and her brother say he will drop her to the college. Shivani lies to them and further tells them what all happened with Anurag. Prerna’s mother and brother decide to meet Anurag.

Bajaj goes to Anurag and says don’t he hear him, as he said accident was unintentional. Mohini ask Bajaj not to pretend innocent. Anurag accuses Bajaj for deliberately doing his accident. Bajaj says he didn’t do the accident intentionally. Anurag says he did and asks Inspector to arrest him. Mohini too ask Inspector to arrest him. Bajaj looks at Prerna. Prerna stand speechless. Anurag goes to Inspector and tells him that Bajaj ran his car on him deliberately. (Episode Ends) August 3, 2021
Naagin actress Surbhi Chandna is on a holiday in Maldives. Her beach pictures are oomphing hotness. Chandna is flaunting her curves in bikni. Her... 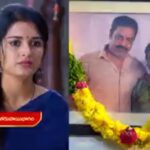 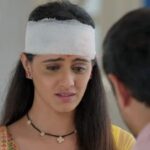 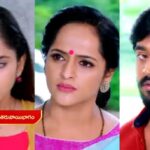 Guppedantha Manasu: Rishi asks Vasudhara to stay away from his personal matters 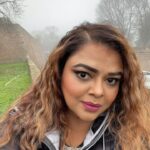 Gulfam Khan is all praises for producer duo Sudhir and Seema Sharma of her...

August 3, 2021
For actor Gulfam Khan, to be working on "Ziddi Dil Maane Na" is nothing but nostalgia as it reminds him of the time when...