Komolika on the other hand is fuming with anger that Prerna is hugging Anurag. She thinks now I have to do something drastic to make Prerna and Anurag against each other and she brings out some legal paper from an envelope and thinks now this will become a medium of misunderstanding between Prerna and Anurag.

She remembered that Anurag signed on the papers in haste and those papers are a legal order for the orphanage demolition. She gets happy to think that this will create a huge gap between Prerna and Anurag.

Prerna comes to orphanage with Samidha to know about her birth and her mother and she is going to asks for the same when the orphanage manager gets a call from someone and informs Prerna that there are some people out side the orphanage to demolish it. Samidha asks Prerna to help them out as it is her house and they are not listening to her pleas.

Komolika is feeling ecstatic to think Prerna must be restless right now to save the orphanage but she will be unable to do so because of her limitations as the people have legal orders with the signature of Anurag.

Komolika informs the same to Mohini as well who gets worried to listen to her words.

Komolika calls Ronit in her house to share the news with him while Prerna gets a call from the municipality office about the stay order on the demolish work as of now. He informs her this is just a temporary order on the basis of inquiry.

Prerna says my legal department will handle the formalities required and thanks him for saving the house of so many kids who are residing in that center.

Komolika shares everything with Ronit when he gets a call from Shivani about their mehendi function and she asks for mehendi from his house but he says we don’t have any such rituals but I will have a talk with my family and let you know.

Komolika says to Ronit servants will manage mehendi and she elaborates her work of flow to him and he says you took a huge risk because this is something not going to be hidden from Anurag for a long time so we have to think of a good excuse and also we need to delay the information to reach out to Anurag.

Precap – Komolika and Prerna challenge each other over the orphanage center. 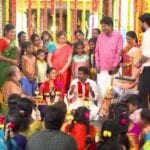 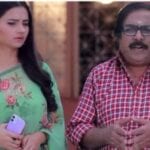 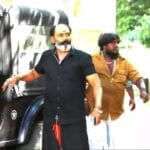 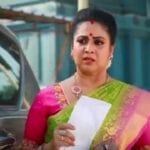 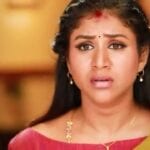