Komolika asks his to their Prerna out of their company. Ashish says Prerna is already planning to leave the coompany. Komolika asks him to think the plan so they have to throw Prerna from company and Anurag life. He suggest they can create like Prerna tried to steal their confidential info for double salary in the other company. Komolika says do whatever you want, Prerna must be thrown out.

Ashish questions Surbhi about confidential papers. Subhi says don’t know. Anurag asks what happened. Ashish says Surbhi stealer their important documents because she is planning to leave office, she maybe behind this. AShish says police will found out the culprit. Anurag says no need of police.

Inspector enters and says we got a call that imp documents are stolen. Police asks any suspicious people. Ashish says yes and tell them Surbi ir Prerna because they is planning to leave office. Anurag gets shocked hearing Prerna name. Police searches whole office. Anurag questions what’s the need of complaints. Ashish says it’s good for their company. Police and gets documents from Prerna place. Police gets arrested Prerna. Anurag promises her he will get her released before dinner.

Anurag says Ashish you’re fired. Ashish calls to Komolika and says her work is done but he got fired. Komolika says he will get his payment every month in his account. She smirks seeing Prerna with Police.

Mohini presents Gifts to Sonalika for Sindhoor khela and explains about this event importance. Anurag tries for bail. Mala says Prerna is innocent and Ashish used to have problem with her to Anurag. Surbhi says never want to resign her job, don’t know why Ashish lied. Anurag asks her about Ashish and got to know he is packing his things.

Q
Anurag asks Ashish whats his problem with Prerna and why he involved her in this issue. Ashish badmouths about Prerna. Anurag warns him and asks for CCTV footage. Ashish gets tensed.

Precap – Komolika asks Mohini to bless her so she can get Anurag love and will be Suhaagan forever. Anurag helps Prerna. Komolika applies Sindhoor to her body. Shivani asks Veena if she really wants Prerna to Resign this job. Veena says no. Anurag announces Prerna is his personal secretary Infront of his family. Komolika and Nivedita gets shocked. 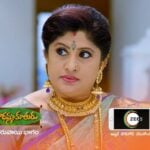 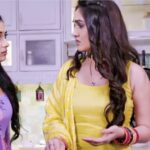 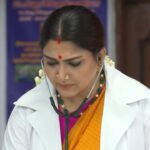 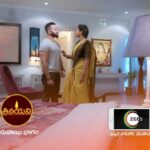