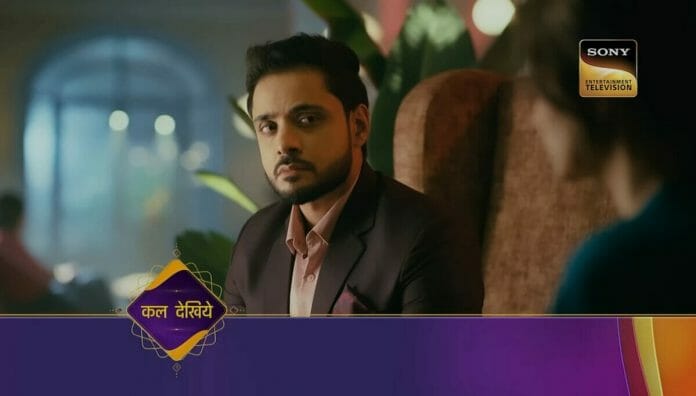 Now that Ehsan pleads with Katha to reconsider her decision to resign while Viaan learns about Katha rejecting Anirudh’s offer through Amrita so it will be interesting to watch that what going to happen in the future episodes.

She then thanks Nirija for her help also promises to her Aarav will remember and treat her as his second mother only. Nirija gets emotional. Kavita gets happy when Kailash informs her that Katha arranged the money on her own.

She then suggests to reconcile their relationship with Katha and Aarav but Kailash recalls Katha’s words and informs Kavita it’s too late then leaves the place. Katha meets Aarav and discusses with him about their future plan. She then talks to Nishant over a phone call who praises her.

He also expresses his relief that she has a permanent job. Katha decides to look out for a job but refuses to join in pyramid when her freelancer boss informed her about it. Ehsan convinces Katha to meet him while Amrita informs Viaan about Katha refuses to be part of pyramid eventhough Anirudh tried to bribe her by giving her one crore shocking Viaan.

In the upcoming episode it will be shown that Katha and Ehsan will meet in a restaurant. Ehsan will inform someone on the call he is with Katha. Katha will question Ehsan and the latter will inform her it was Viaan who called him. Later Viaan will arrive there and both Viaan and Katha will remain silent.

Ehsan will persuade them to tell him what happened and expresses them both that he is helpless to sort out their differences as they aren’t willing to tell him anything. Katha will glare at Viaan and the latter will looks on.

Will Ehsan learn the truth behind Viaan and Katha’s differences?

Will Katha and Viaan will reveal the truth to Ehsan?