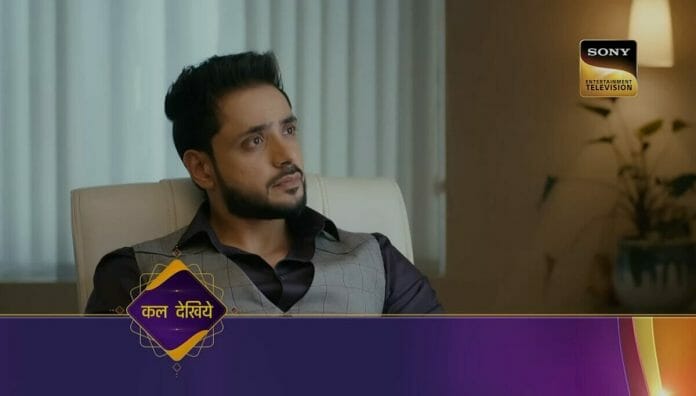 Aditi Sharma and Adnan Khan starrer Katha Ankahee is a newly launched Sony Tv show. This show is about how a widow also a single mother Katha doing multiple works to earn money for her Son Aarav’s medical treatment who is diagnosed by a blood cancer and a business man Viaan who thinks women are after a men’s money.

Now that Viaan promotes Katha as a permanent employee for her work while Katha faces a harsh truth about Aarav’s health when it gets worsened so it will be interesting to watch that what going to happen in the future episodes.

In the current track it shown that Raeva assuring Katha that whatever announcement Viaan going to make isn’t related to her and asks her not to worry. Viaan arrives there with Ieshaan. He talks to his employees about the conversation he had with Katha earlier also how Katha represented this company as a family.

He then reveals Katha’s act of going against his wish and took final decision of her own in Dubai project which shocks everyone. He then surprises everyone by announcing Katha’s promotion and offers her the letter. He also asks her not to disappoint him and Katha assures him not to.

Ieshaan and Jitu bhai praises Katha. Katha then receives a call from Falguniben and learns about Aarav’s condition so she rushes to the hospital. Dr.Amit checks Aarav and informs Katha they don’t have time anymore and urges her to arrange money. Katha assures him then leaves the hospital. Ieshaan praises Viaan for his decision also scolds him for becoming so dramatic.

Viaan praises Katha’s intelligence. Later Katha goes to meet Kailash in the hotel. Kailash gets furious seeing her there.

In the upcoming episode it will be shown that Katha will express her helpless state to her friend Raeva. Raeva will suggest Katha to ask Viaan’s help. Later Katha will ask Viaan to giver her one crore as she needed it. Viaan will reminds her about the position in the company also will question her the reason behind her needing such huge amount.

Katha will apologise to him and ask him to forget about her request and decide to leave. Aarav will stop her and tell her that he will give her the money but he ask her to spend a night with him. Katha will looks on shocked.

Will Katha agrees to Viaan’s condition?

What will be the reaction of Viaan when he learn about Katha being a single mother?

Will Katha reveal her truth to Viaan?