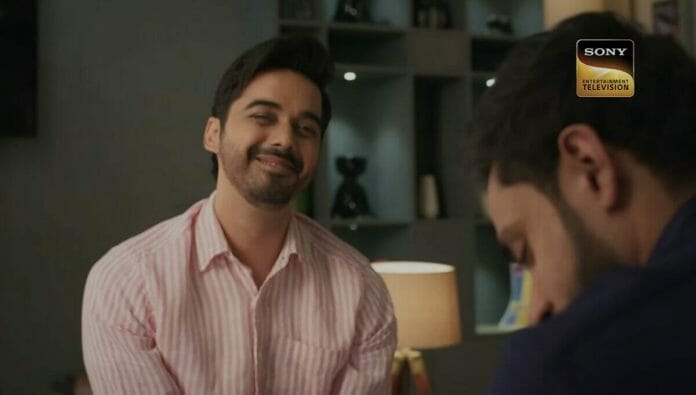 Aditi Sharma and Adnan Khan starrer Katha Ankahee is a newly launched Sony Tv show. This show is about how a widow also a single mother Katha doing multiple works to earn money for her Son Aarav’s medical treatment who is diagnosed by a blood cancer and a business man Viaan who thinks women are with men for their money.

Now that Farah and Teji who impressed with Katha decides to help her get a job in Earth Con unaware of the truth but after Farah and Teji’s revelation about Katha shocks both Ehsan and Viaan so it will be interesting to watch that what going to happen in the future episodes.

Meanwhile Ehsan comes to meet Viaan. They both apologises to one another for their behavior. Ehsan informs Viaan that Katha won’t return so suggests to find project head for the Dubai projec. Viaan complains to Ehsan none of the candidates CVs are meeting their requirements to which Ehsan says it’s because he is looking for Katha everywhere.

Viaan and Ehsan gets shocked when both their mother confirms that Katha is a single mother also tells her story to them. Viaan recalls everything that happened and gets sad and angry while Ehsan looks clueless.

In the upcoming episode it will be shown that Viaan will go to meet Katha. Katha will ask Viaan to not to create any scene and takes steps forward to walk away but Viaan will plead her to listen to him saying he isn’t aware that she is a single mother whose son was battling cancer and she is struggling alone all this while. Katha will get shocked and looks on.

Will Viaan get Katha’s forgiveness?

Will Katha inquire Viaan how he get to know about her truth?