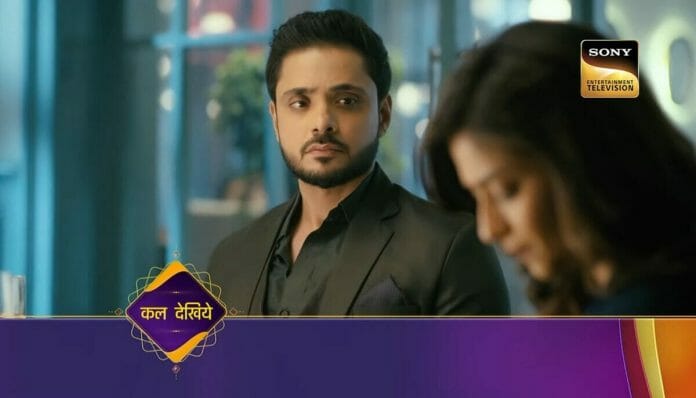 Now that after many failed attempts Viaan questions Katha for rejecting Pyramid’s offer for her so it will be interesting to watch that what going to happen in the future episodes.

In the current track it shown that Katha interrupts Viaan and tells him she will send him the updates via mail then leaves the place. Viaan wonders what Katha done with the one crore as she not even changed a single bit of her life style. In the hospital Katha sees Aarav is asleep and feels guilty for not able to arrive soon but Falguniben advices her not to feel bad.

Dr.Amit updates Katha about Aarav’s recovery process and asks her to spend more time with him. Katha decides to talk about the same with her bosses the next day. The next day in office Viaan tries to interact with Katha more by asking questions in the meeting but Katha replies him curtly which upsets Viaan.

Viaan then informs the team to complete a seven days work in two and half days. Despite Ehsan tries to change Viaan’s decision by telling him it’s impossible Viaan refuses and demands to finish it as he have promised Abdali. Katha gets furious but gets determined to fulfill the work on time.

Later Katha gets happy when Aarav gets rid off the machines around him. She also completes Viaan’s demand on time and submits it to him. Viaan questions her for not accepting Pyramid’s offer. Katha becomes speechless.

In the upcoming episode it will be shown that Nirija will inform Katha and Aarav about her surprise plan for Aarav. Katha will agrees to be part of it but she will learn about the office party later so she will go to say Viaan she can’t be part of it. Viaan will refuse to listen Katha and demands her presence so Katha will go to the client meeting.

She will send message to Falguniben that she will try to return soon which Viaan will notice. Later Viaan will hold Katha’s hand and asks her where is she going when Katha makes an excuse and decides to leave. Katha will looks on.

Will Viaan learn about Katha’s truth?

How will Katha stop Viaan from finding about her truth?