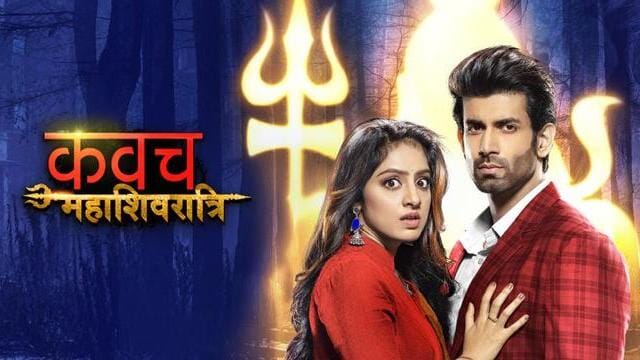 The episode starts with Prem running to Angad. Sandhya sees Angad’s eyes turning red and tries stopping Prem but he doesn’t listen. Prem hugs the fake Angad and turns stone. Sandhya hears the voice who says that she made a mistake coming here. The voice shows a door and asks her to get a golden shield from the door and he will release her son. The moment she enters the door she falls in a pit.

Aastha sees Rekha in the mirror. Rekha asks Aastha to take the mirror and says that she herself will say them. Their last rights preparations are going on. Rekha while bringing the mirror skids and the mirror falls and breaks. Rekha faints. Aastha says what happened but they don’t believe her. Sandhya enters a place and finds a light. She approaches it and enters into it. She finds the golden shield and takes it. She’s about to leave but a naagin comes there and blames her for stealing her sikka. She leaves it and hides. The voice appears and asks her to kill the naagin and get the sikka. Sandhya says that the naagin is just doing its job and she can’t kill it for it. The voice says that either she has to get the sikka or die with her son. She closes her eyes and prays shiv. She comes back to where Prem is. The voice says that she has passed her test. It says that the real gold is heart which denied killing the naagin for her own selfish motives. He releases her son and shows four days to her. It says that her husband is in one of the door and asks her to find it herself.

Sandhya hears Angad’s voice in all four doors and gets confused. Karthik wakes up Rekha and asks her to keep trying. Aastha keeps trying to convince her family but no one listens to her. Rekha also tries calling them but no one could listen. They think that Aastha is in shock and thus just ranting. Aastha prays shiv to help her find her husband. She closes her eyes and prays and her mangalsutra starts glowing. She remembers her marriage moment with Angad. Her mangalsutra directs her to the right door. Jolly uncle sees Rekha soul and asks her to leave. Rekha asks him to say to them that they are not dead and will be back. But before that injects him and he starts fainting. He writes something on wall before fainting. They couldn’t decode it and Rekha wonders how to explain them. Rekha says Karthik that there’s only one way left for them to escape. She says that they need to go back before their last rites. Sandhya and Prem finds Angad tied up. The pisasch appears and troubles Angad. It leaves Angad on the Sandhya’s request. However Angad couldn’t identify Sandhya. He’s under Pisasch control who blames for here to kill him. Pisasch orders him to kill Sandhya. Angad captures Sandhya and is about to stab her but her mangalsutra glows again stopping him. Angad sees this and Sandhya tries convincing him. Angad gets out of Pisasch control and hugs Sandhya shocking Pisasch. Prem steps forward and attacks the Pisasch with his powers killing it. They gets happy. They all rush to Karthik and Rekha. Akil tries to decode the write while Ankit leaves.

Sandhya asks Prem the way to leave but he hss no idea. Sandhya asks Prem to remember everyone in our home and try once. Prem with his powers find the portal. They see their house and sees their last rights going on. They are about to leave when the voice says that only four can leave the place. Karthik and Rekha asks them to leave and everyone says the same. Akil finally decodes and explains everything to them. Finally Sandhya decides to stay and sends others out. She recalls their memories. Everyone wakes up shocking the family. Angad tries waking up Sandhya. Rekha explains what happened to the family. Angad cries hugging Sandhya body while Sandhya apologizes. Shiv appears in front of her and says that she has passed her test. He says that she’s most needed in the house and her time is still there, so he’s sending her back. Angad still crying hugging Sandhya and Sandhya too gets back her life.

Karthik says that they saved Prem. Aastha says that it’s Prem who saved them. Angad asks Sandhya to wake up. He gets a call and answers it. He turns back to find Sandhya missing. Sandhya loses her mental balance.

Precap : Sandhya asks for Manju who is dead long back 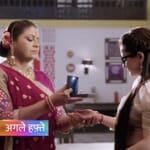 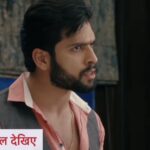 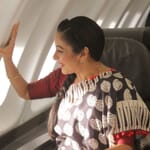