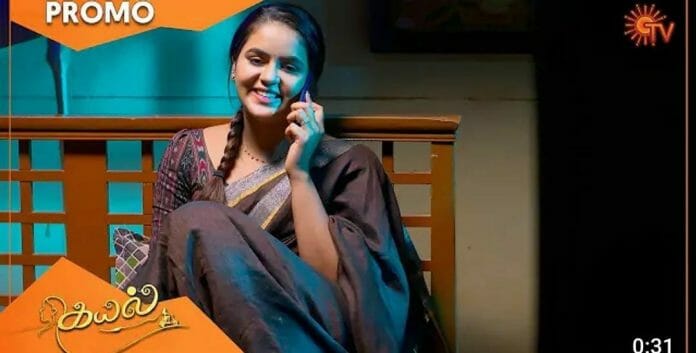 Sun TV’s popular show “Kayal” currently deals with Kayal trying to solve Devi’s issues. Earlier its seen that Kayal failed to collect the money to buy Jewels. Now it will be seen that Kayal plan to surprise Ezhil

In the previous episode we saw; Kayal plead with Gowtham to save the pregnant lady. Gowtham denied it in anger on her. Kayal asked him to don’t show his anger on thar innocent lives. Gowtham demanded Kayal to recommend Dean to promote him as a doctor again.

She wanted to apologise him in front of everyone holding his feet. She wanted to inform the doctor that she lied to him to frame Gowtham. Kayal left from there in anger after gave a fitting reply to him. Kayal and her friend helped the pregnant lady to deliver her baby safe. Her parents thanked her.

Dean lashes out at Gowtham. He asked Kayal to keep him under her control and left. Kayak insulted him. Later, Ezhil invited Kayal family for his birthday party. He asked Kamatchi to give Kayal hands to him.

In the upcoming episode viewers will see; Gayathri will inform Gowtham that tomorrow she will celebrate her son birthday. She will demand him to stop Kayal from attend this function.

Later, Ezhil desperately wait for Kayal’s call. Kayal will call him and give his first birthday wish. Ezhil on cloud nine after Kayal wish him first for his birthday