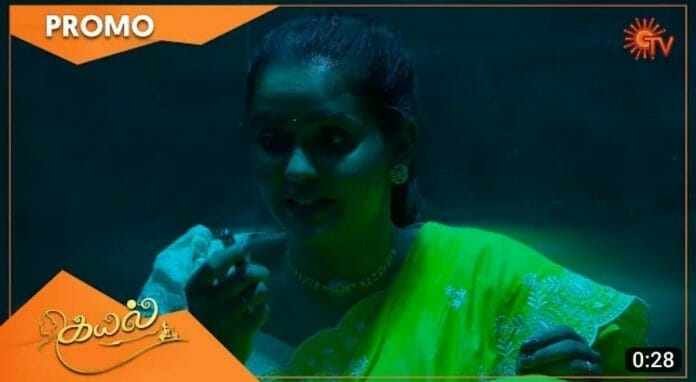 Sun TV’s popular show “Kayal” currently deals with Kayal trying to solve Devi’s issues. Earlier its seen that Kayal failed to collect the money to buy Jewels. Now it will be seen that Kayal will be in trouble

In the previous episode we saw; Gowtham assured to Ezhil that Kayal won’t attend this birthday function. Ezhil called Ramya to inquire about Kayal. She informed him that Kayal was missing. Ezhil told her that Gowtham locked Kayal in the hospital. Ramya searched for her. Kayal throw a help note out for help.

Later, Gayathri will stop Ezhil from going out. Dharmalingam learnt learn from Kamatchi that Moorthy went to purchase things for catering order. Dharmalingam suggested Moorthy to go somewhere else. He plotted against him.

In the upcoming episode viewers will see; Ramya will search for Kayal in the hospital. Gayathri will humiliate Dhanam for attend the birthday function without bringing costly gifts.

She will look down on her. Vadivu will join with Gayathri to insult her. Later, Kayal will find a way to escape from there. She will think that she brought key chain to gift Ezhil. Which gonna save her today.