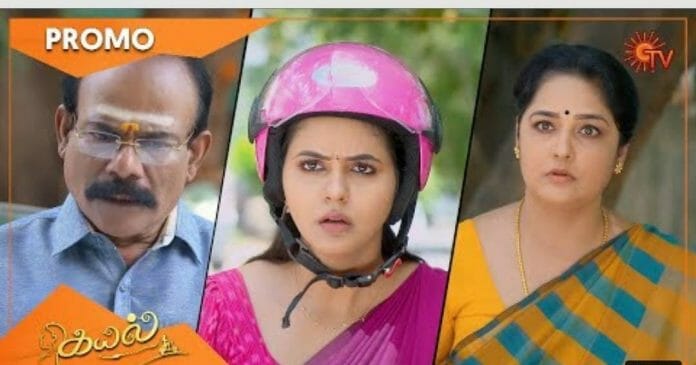 Sun TV’s popular show “Kayal” currently deals with Kayal trying to solve Devi’s issues. Earlier its seen that Kayal failed to collect the money to buy Jewels. Now it will be seen that Kayal challenge Dharmalingam

Kayal thank him for helping her. Inspector reveals to him that his sister who supported him to become a police. He can able to see his sister in Kayal. That’s why he releasing him. Kayal share this matter to her mom. Dharmalingam doubts how could he send him out? Kayal insults Dharmalingam and his wife.

Kayal over heard Dharmalingam conversation with his wife and lashes out at them for trying to ruin their life. Kayal challenge them to win against them. She will definitely raise Moorthy’s business, Anbu will become a police. Later, Anbu argued with Kayal.

In the upcoming episode viewers will see; Dharmalingam will meet Goons and share with them that Moorthy start a business against him. He will demand him to ruin his business. Later neighbour stop Kayal and complained to her against Anbu.