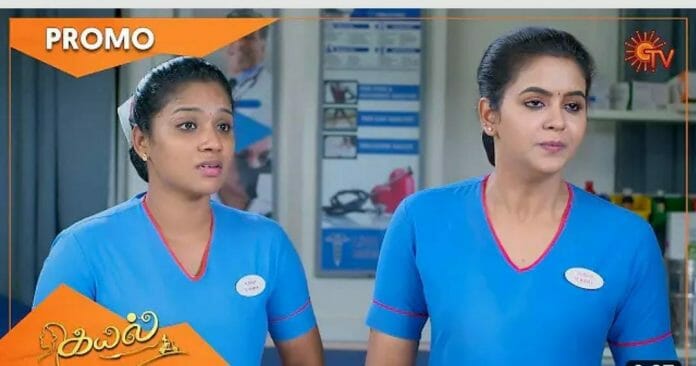 Sun TV’s popular show “Kayal” currently deals with Kayal trying to solve Devi’s issues. Earlier its seen that Kayal failed to collect the money to buy Jewels. Now it will be seen that Kayal will be in a tight spot

In the previous episode we saw; Thugs commented on Kayal. Ezhil showed black and moon to them. He demanded them to apologise to Kayal. They apologized to her and ran from there. Ezhil said to Kayal that he won’t forgive anyone who dared to comment on Kayal.

Because of this incident that Shanmugam returned the money to them. She ruined her son life as well as Anbu’s life too. Kayal gave a fitting reply to her. Anbu humiliated her. Kamatchi lashes out at him for looking down on Kayal’s sacrifice. Later, Devi came to create another drama in home. Kayal refused to apologise to Vedhavalli.