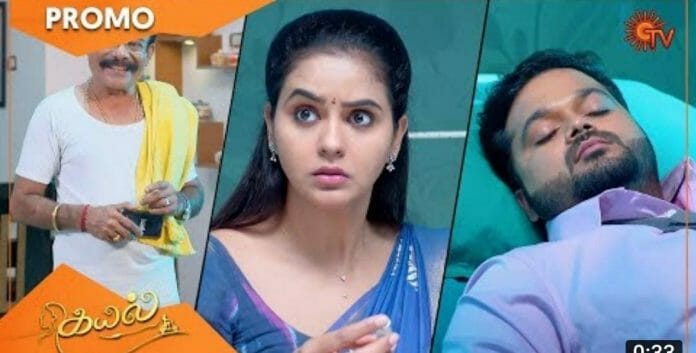 Sun TV’s popular show “Kayal” currently deals with Kayal trying to solve Devi’s issues. Earlier its seen that Kayal failed to collect the money to buy Jewels. Now it will be seen that Gautham plots against Ezhil

In the previous episode we saw; Shankari asked Kayal why did she planned to kill her son? Kayal asked her to behave herself. She argued with her for blaming her for Ezhil’s accident. Shankari commented that she was trying to meet her son for money. Kayal refused it.

Dharmalingam enquired Kayal why did she asked him to meet her in temple? Kayal explained to him that she wished to advised him to marry someone else.

Shankari was not ready to believe her. Her husband supported Kayal but she wasn’t ready to listen him. Kayal asked him to shift Ezhil to another hospital. Gautham denied it. Later Vedhavalli demanded Devi to finish all the household work.

In the upcoming episode viewers will see; Devi will get emotional hearing Vedhavalli’s wicked plan. Kamatchi will inform Dharmalingam that Moorthy fighting with Anbu. She will plead with him to stop them. Dharmalingam will assure her to reach there asap. Shanthi will inject banned medicine to Ezhil. Kayal will find out the truth.