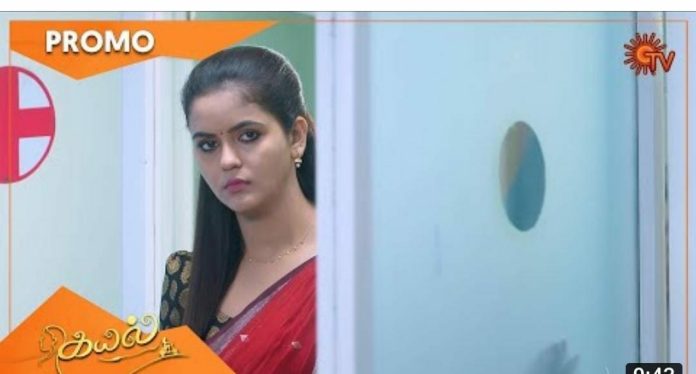 Sun TV’s popular show “Kayal” currently deals with Kayal trying to solve Devi’s issues. Earlier its seen that Kayal failed to collect the money to buy Jewels. Now it will be seen that Moorthy will decide to start a new business.

In the previous episode we saw; Moorthy worried about his promise. He thought that he shouldn’t have promised to Kayal that he will give 30 sovereign jewels to Devi. He regretted his decision. He thought everyone will badmouth him if he fail to give it on time. He drank in fear.

Dhanam came there and caught him red handed for drinking. Moorthy said to her he drank in fear. He loose his words in anger but he had no idea how will he earn such high amount. Dhanam shared his fear with him. She advised him to change himself and stop drinking. It’s ruining his life. She asked him to go for a work.

Later Kayal said to Kamatchi she shouldn’t have scold them. They were her siblings so they have all rights to talk. She assured her that she will definitely help them to achieve their dreams.

In the upcoming episode viewers will see; Periappa will notice Moorthy talking with someone in road. He will enquire Moorthy what’s he doing here? Moorthy will tell him that he gonna start a new business. Later Doctor will give money to Kayal.

She will thank her for helping her. Doctor will inform to Ezhil that she gave the money to her as he said. Kayal will enter into her room disappointed.