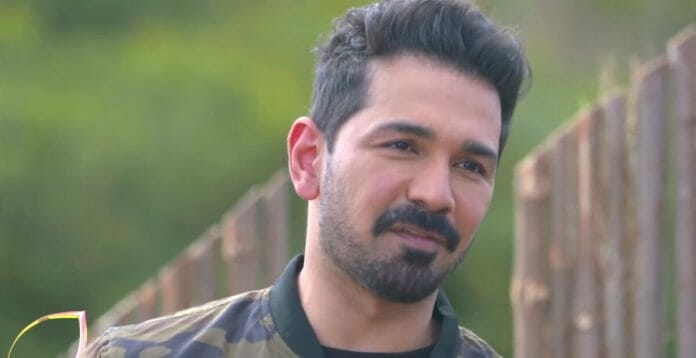 Colors TV popular show Khatron Ke Khiladi is back with season 11 to entertain its ardent fans of the show. Earlier it’s seen that Divyanka won the ticket to finale competing against Rahul in the final round. Now it will be seen that Abhinav got eliminated first in the double elimination week and a new contestant will follow him soon to get eliminated in the semi finale round.

Previously we have seen that Divyanka competes against Rahul in a dynamic stunt and won the ticket to finale stunt. The remaining contestants performed semi finale stunt and it was already announced by Rohit that it’s a double elimination week. First stunt was a water stunt where Arjun, Sana and Vishal competed against each other. Vishal got fear funda as he aborted the stunt. Next stunt was a head on stunt between two pairs Shweta Vs Rahul and Abhinav vs Varun. Rahul and Varun won the head on stunt while Abhinav and Shweta got the fear funda. In the elimination stunt Vishal, Shweta and Abhinav competed against each other. Though none could complete the stunt by pocketing the ball, Abhinav got eliminated as he fell before even picking the final ball.

In today’s episode we will witness, the contestant will have a fearful competition among them for the semi finale week. They will struggle to enter the top 5 in the finale while one will get eliminated today. As reports are to he believed, Sana or Shweta might bid goodbye to the show today.

Who will get eliminated this week? Is it Sana or Shweta? Who are the top 5 contestants in the finale?