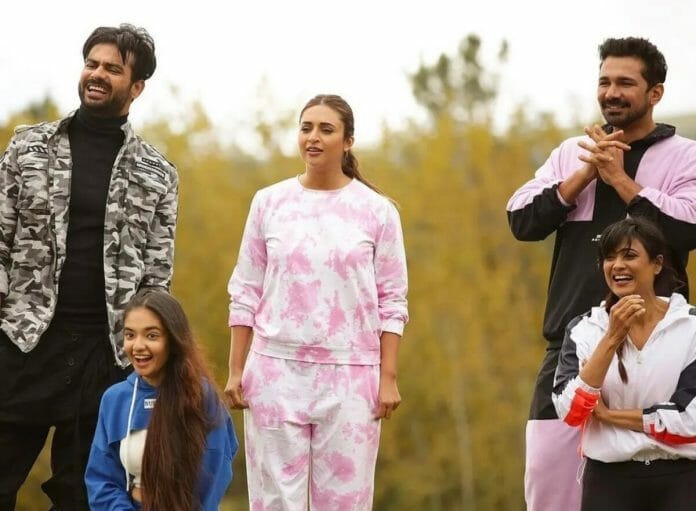 Colors TV popular show Khatron Ke Khiladi is back with season 11 to entertain its ardent fans of the show. Earlier it’s seen that Nikki and Vishal got eliminated in last week while Abhinav and Rahul gets saved from elimination. Now it will be seen that an eliminated contestant will continue their journey while one new contestant will get eliminated this week.

In yesterday’s episode we have witnessed, Rohit gave a twist by bringing three unfairly eliminated contestants which includes Aastha, Saurabh and Vishal and gave a chance for one of them to continue their journey in the show. The three contestants perform a current stunt in which Vishal emerged out as winner. Rohit gave a shock to all the contestants by giving fear funda to all. He announced that all the contestants will perform all the stunts and only the winner will get removed off their fear funda while the remaining will continue performing the stunts. The one whose fear funda doesn’t get removed at last will be eliminated from the show. In the first stunt Vishal and Sana got rid of their fear funda. In the second stunt Rahul becomes the winner while in the third stunt Shweta emerged out as winner.

In the today’s episode we will see the remaining contestants Abhinav, Divyanka, Varun, Anushka and Arjun will continue performing their fear funda stunts. On the other hand, Rohit will perform a fun activity with them by questioning the contestants and smashing cream on their faces as answers.

The next episode is definitely going to be equally entertaining as the previous episodes.

Who will get eliminated next? Who will the top 5 contestants of the season?