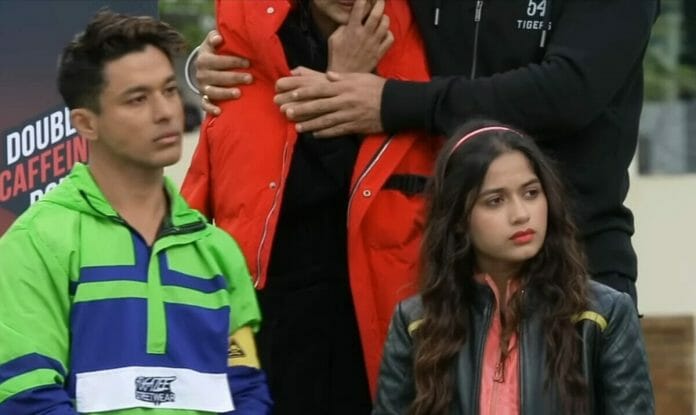 Colors TV popular show Khatron Ke Khiladi is back with season 12 with an impressive set of contestants as every year. It is the fourth week and this week turned out to be week. In the last episode we saw half of the contestants get fear funda in their respective stunt. In the next episode we will witness the fear funda contestants fighting to get rid of their fear funda while someone getting eliminated too in the process. Also we would get to witness Pratik getting an earful from Rohit for his mistakes.

In the past episode we witnessed Rohit announcing that the week was a partner stunt week. Partners were separated and the following were the partners list – Nishant and Tushar, Sriti and Mohit, Jannat and Pratik, Kanika and Rubina, Shivangi and Faisu and Chetana and Rajeev.

First Jannat and Pratik competed against Sriti and Mohit in a dynamic car stunt where Sriti and Mohit emerged out as winners while Jannat and Pratik got fear funda. Next is an electric stunt where Shivangi and Faisu competed against Chetana and Rajiv where Shivangi was forced to abort unable to tolerate the current while Chetana and Rajeev completed half of the stunt.

In the next episode we will witness, Shivangi, Faisu, Pratik, Jannat, Kanika and Rubina will compete against each other to get rid of their fear. Few among them will go for elimination stunt where one will get eliminated. To the top of it Rohit will lash out at Pratik for constantly breaking rules for his own benefit and will threaten to directly eliminate him if he repeats his mistake.

Next Sriti will try to walk on rope across a swimming pool but will fall in water mid way. Faisu and Pratik will perform underwater stunt where they will have to unlock themselves from a cage in water. Rubina and Kanika will perform an ostrich stunt where Rubina will accuse Kanika for cheating for taming the ostrich taking tips from net after the stunt.

Other contestants like Tushar and Pratik will support Kanika and will accuse Rubina for creating a scene after failing the stunt instead of saying it before hand.