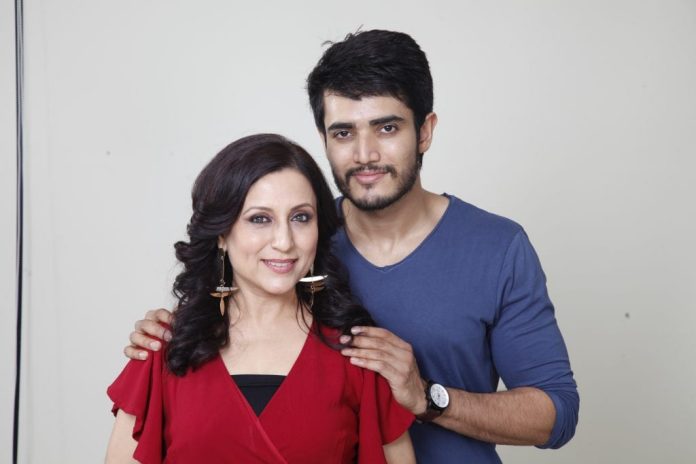 Actor Kishori Shahane Vij has constantly been impressing her fans with her amazing acting skills. Well, it’s time for the actor to pass on the legacy to her sonBobby, who is all set to enter the industry. “Bobby has been acting right from his childhood. He has always been passionate about acting and as a kid, he always participated in all his school programs. In fact, he got trained for theatre as well. He has performed at a very young age at 2-3 theatres and had done a number of shows. As a child actor, he has acted in four movies and I think acting comes very naturally to him. He doesn’t have to really think about lines, he can just speak his dialogues very fluently without hesitation,” she says.

Bobby has been lucky enough to get a lot of guidance from his parents on his new journey. “I’m here, my husband is here, so definitely guidance is like an ongoing process all the time in all walks of life. There’s a lot of hard work involved in acting though this profession shows you a very rosy picture. But there are lots of thorns that you have to face and come out of it successfully. There are lots of ups and downs, lots of uncertainties but you have to stand very strongly and face it. We have been training him to boost his confidence and to make him the best actor the industry has produced,” she says.

Talking about the best kind of role for him, Kishori says, “Bobby is a complete package. He has been trained in dance, martial arts, gymnastics and acting of course. It’s an ongoing process and I feel he is the perfect Bollywood hero.”

There is a lot that has been said about nepotism and being the son of Kishori and filmmaker Deepak Balraj Vij. Bobby also might be placed in that bracket. However, Kishori doesn’t get bothered by all this. “The industry talks about nepotism but my husband and I, we all are here because we have put in such hard work to be here, to sustain for the last maybe 20 after 30 years. Definitely our children will get a platform through us. But that is very natural, if you have a business, your children also get into the same business. Children follow their parents as they look up to them. They have seen them so that’s how it is and the same thing has happened with Bobby. He’s been seeing us right from his childhood and has been active in this field from then on. Acting comes naturally to him and it’s not that we are here, so he is here,” she says.