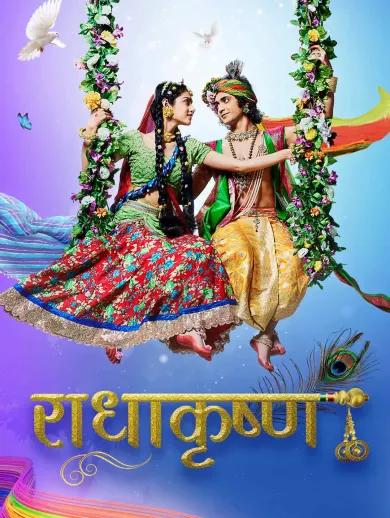 Siddharth Kumar Tewary’s magnum opus mythological love story RadhaKrishn has created ripple on television making a genre as niche as this strike a chord with an audience across all age groups. The show recently concluded a week long Holi sequence making it nothing less than a calendar art in motion.
Breaking a record of using over 3000 Kg of colors for Holi & composing an original soundtrack, a Holi song, the makers of RadhaKrishn now progress towards an important story-line. Previously we saw, Kans succeeding in his plan to hurt Vrishbhaan, Radha was crowned as the Queen of Barsana followed by a lavish Rajya Abhishek.
With the beginning of a new chapter as Radha’s ego touches the sky, Krishn is up to something to bring her out of it. A source shares, ‘Ahead in RadhaKrishn, Kans’ tornado demon creates devastation in Barsana while Radha engages in a daring fight as the queen. Seeing the impending danger, Krishn kills the dreaded demon & saves the people of Barsana. Everyone believes that Radha killed the demon which feeds her ego. In fact, Krishn deliberately praises her for the bravery & Radha’s glory as the defender of her people gets re-established.’
Check out the promo below :-
https://www.instagram.com/p/BvtLF1Dhyl3/