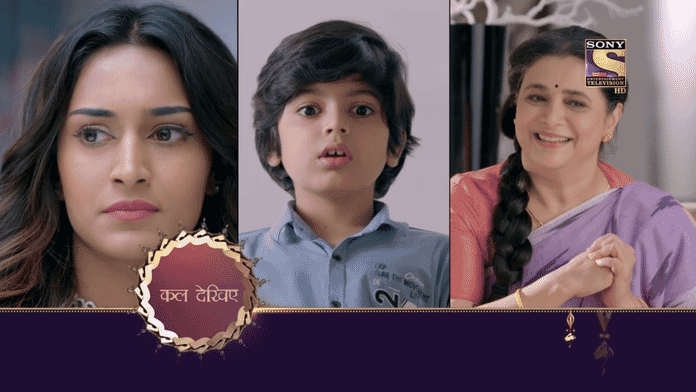 Sony TV’s popular show Kuch Rang Pyaar Ke Aise Bhi is back with season 3. This season deals with the changed dynamics between leads and a very big secret that turns everyone’s life upside down. Earlier its seen that Ayush was not be able to get admission in school as Dev and Sonakshi didn’t claim him legally. Now it will be seen that Mr. Varma will deny to sign the adoption papers while Ishwari will decide to change Ayush’s name on Pandit’s suggestion.

Previously we have seen that, Ishwari asked Vicky to take Suhana to his home with Golu so that Sonakshi can spend some time with Ayush. Vicky agreed. Elena on the other hand, was stalked by an evil stalker. Dev and Sonakshi reconciled their differences and Dev promised to take Sonakshi for a date. Sonakshi was waiting for Dev but he never appeared as he completely forgot about it. He was busy partying for the success of getting the land. On the other hand, Dev and Sonakshi took Ayush to school for admission where Ayush identified himself as Rohit Varma’s son. The principal found that Ayush is not legally adopted and refused to give admission without guardian’s consent.

In the future episodes we will witness, Sonakshi and Dev will once again grow apart due to their hectic professional and personal life. Ishwari will be upset that Ayush doesn’t consider them his family. Dev will assure Ishwari that he will accept them with time. Ayush will start bonding with Sonakshi as she buys gifts for him. Dev will visit Varmas with Ayush and will say about Ayush not getting admission due to legal procedure. Mr. Varma will refuse to sign the legal documents as he believes that they will lose Ayush forever if he does. On the other hand, the evil stalker will get obsessed with Elena while Elena will fall in his trap. Later, Sonakshi will learn from Elena that its Ishwari who sent Suhana to Golu’s home. Ishwari will decide to change Ayush’s name as per Pandit’s saying as she wants him to accept them as his family.

Will Dev and Sonakshi agree for name change? Will Mr. Varma sigh the adoption papers?