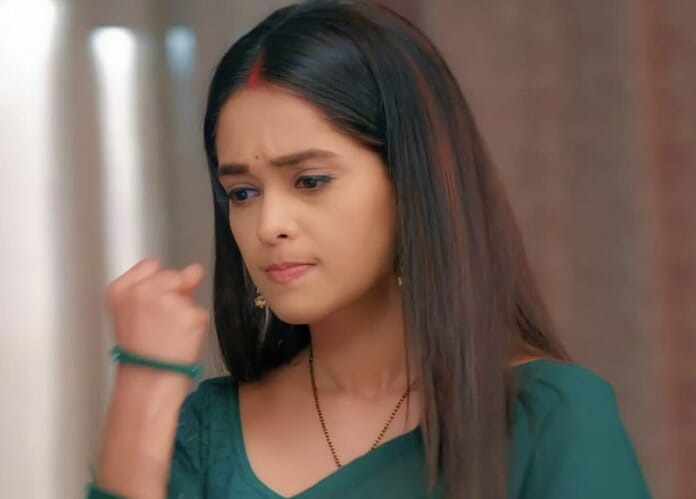 In the today’s episode we will get to see Aliya asking Rhea to go on the honeymoon as Prachi and Ranbir are coming as well. She tells her to do something through which she will be with him in the bed room. She tells her to plant of seed of doubt in Prachi’s mind because of which she herself will leave him. Prachi tells Daljert that she doesn’t want to go on a honeymoon so that Rhea and Siddharth spends time with each other. Rhea who has heard the conversation manipulates Daljeet. Pallavi asks Prachi to go to the honeymoon. Rhea mixes a medicine in Ranbir’s tea so that she gets ill.

In the upcoming episodes we will get to see Prachi drinking the coffee. Rhea thinks that she is gone case and she easily got rid of her. Aliya tells Abhi that she didn’t leak any quotation. Abhi says that he didn’t say that but she herself took her name. He tells her that no one from his family should work with Gaurav not even Tanu. He tells her that she should either stay in the house or work with Gaurav.

What will Rhea do? Will Aliya and Rhea get successful in their plan?