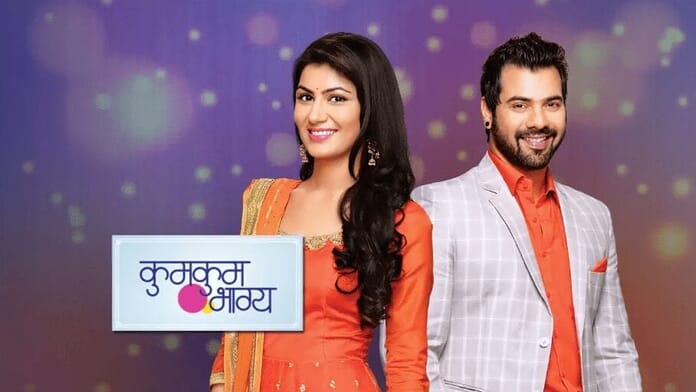 Today’s episode starts with Meera recalling Abhi’s word where he has mentioned that he loves Pragya and has called her to meet him at the coffee shop. She slips down from the stairs and Abhi sees her. He asks Meera to relax and says he will call the doctor. Meera says she is allergic to medicines. Abhi then asks her to talk to Prachi’s mother as once Prachi told him that she knows about home remedies. He calls Pragya and asks Meera to talk. Pragya tells to Meera that she will make medicine and send her. Purab asks Abhi to come with him.

Here, Ranbir drops Prachi home. She was about to get hit from the cycle man but Ranbir pulls Prachi closer to him. The duos share an eye-lock. Sahana spots the duo together. Prachi asks Ranbir to leave her. Other side, Abhi and Purab spots Sanju at the restaurant and gets shocked. Abhi and Purab runs behind Sanju to catch him.

Afterwards, Rhea and Aliya spots Sanju running and Abhi running behind him. Rhea worries thinking if Abhi will catch Sanju and he will take her name. Aliya says they should first focus on their work.

There, Kohli family visits Pragya’s house and meets Shahana, Prachi and Pragya. Later, Sanju hides behind the car and Abhi and Purab looks for him. Meanwhile, Sanju sits in Aliya and Rhea’s car and goes. Purab tells to Abhi that it was Aliya’s car and duos go behind her.

Prachi prepares tea for Kohli’s and Ranbir follows her to the kitchen. And the duo spends time together. Ranbir slips in the kitchen and Prachi helps him but Ranbir gets hurt. They come out from the kitchen and do the nok-jhok in front of their family. Pallavi and Pragya interrupt and ask the duo to stop fighting. Pragya asks Prachi to put ice on Ranbir’s head. Episode ends with Sanju thanking Aliya and Rhea for saving him and Aliya getting angry on Sanju.