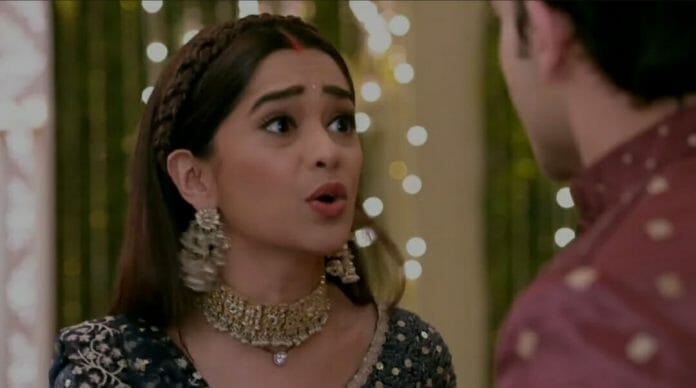 Zee TV Popular show Kumkum Bhagya is attracting viewers with an interesting storyline. currently, Rhea and Prachi challenge each other has glued the audience to the screens.

As reported earlier, Alia says to Rhea that Prachi and Sid might be playing a game together. Rhea gets worried hearing this. Alia tells Rhea what to do. Shahana and Sid ask Prachi what are they going to do about Rhea and Alia.

Prachi says they are going to fight them head on and says to Shahana it is her responsibility to make sure Rhea’s report doesn’t fall into the wrong hands. Prachi also reminds them that they have to make sure Mihika is safe.

In the upcoming episode, viewers are going to witness Ranbir will say to Prachi that it’s your sangeet so sing, dance and do whatever she wants and get married to whoever she wants. Prachi will say she doesn’t want to marry anyone else as she is married to him and loves him so much. She says I love you. Ranbir looks on with her confession.

Can Prachi be able to expose Rhea? How Rhea and Alia will answer Prachi?
All these questions will be answered in the upcoming episodes.