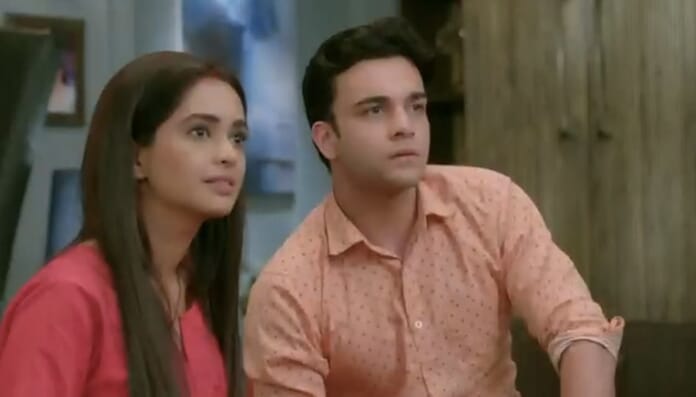 In the today’s episode Aliya sitting on her knees joining her hands and telling Pragya that only she can save her brother and tells her that Gaurav has the proofs. She begs her to bring her brother out of the jail. Prachi tells Ranbir that she has a weird feeling that something wrong is going to happen. She says that Rhea’s weird behaviour is troubling her. Abhi tells Pragya that he can be the reason for her success but it will kill him if he becomes the reason for her downfall as she tells him that Gaurav has asked for her business.

In the upcoming episodes we will get to see Pragya telling Gaurav that she has singed the papers as he has asked her to do and asks him for the proof. Siddharth brings snacks for Prachi and tells her that he has made them for her. Rhea ssys that he will definitely make them for her but he never even made a tea for his wife. Pragya goes to the judge with the proof. She finds nothing in it. The judge says that either the man who sent her the video knew that it won’t be played after they play it once or she is lying.