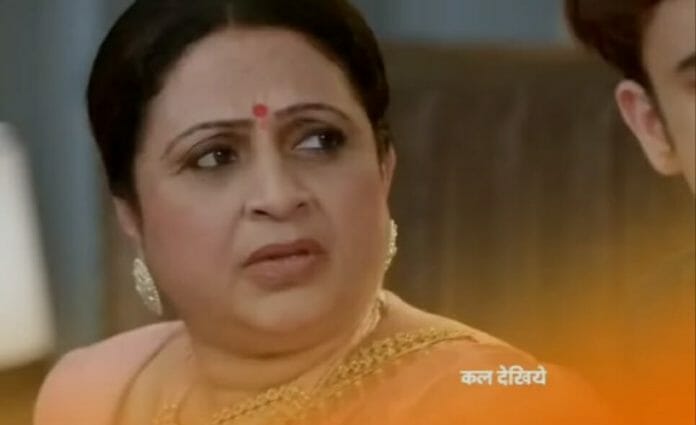 Zee TV Popular show Kumkum Bhagya is attracting viewers with an interesting storyline. currently, Mihika warns Rahul about the chemical reaction has glued the audience to the screens.

As reported earlier, Mihika enters the Kohli mansion from the backside and gets shocked seeing Rahul and his friends with a gun and chemical powder. She runs inside. Rahul follows her. Inspector sees Goons placing an old lady in the trunk of the car. They go near the car to check it but the Goons escape from them. Police chase Goon’s car. Goons inform Alia that Police are chasing them. Alia asks them to reach a safe place.

Mihika goes with Rahul. Mihika asks him to stop using that chemical as I’m chemical student and knows with usage of that powder someone may lose their life. Rahul acts like he will talk to Jay and he don’t want to harm anyone. Mihika goes to Ranbir and tells him that she wants to tell him about Sid and Rhea. Ranbir says I know it and leaves. Rahul takes Mihika.

Goons bring Dida to Kohli’s mansion assuming it’s a safe place. They take Dida inside. Police come there and see the car. They search for goons. Rhea mocks Prachi and calls her child a illegitimate one. Prachi gets angry and slaps Rhea saying not to say anything about her child.

Rhea tries to slap her. Prachi catches her hand and says not to force her to be bad. Pallavi calls Prachi saying she has some work with her. The goons carry the unconscious Daljeet into the room.

They hear Pallavi’s voice and hide there leaving Daljeet in the room. Pallavi asks Prachi to sit down. Pallavi calls Ranbir and says to him to bring Sid and Pandit Ji to her room.

In the upcoming episode, viewers going to witness The Inspector will ask Vikram where is your mother, if that old lady was your mother? Prachi will find Dida unconscious behind the sofa.

She will make Dida gain consciousness and asks if she remembers who has brought her here. Dida will say Alia and Rhea and points a finger at them. Alia and Rhea will stand shocked.

Will Ranbir find Prachi innocent through Mihika? Will Rhea be able to escape?
All these questions will be answered in the upcoming episodes.