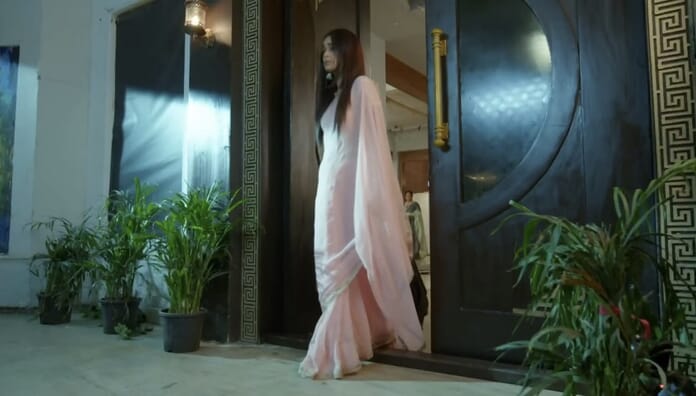 In the previous episodes we saw Ranbir opening the door and gets shocked seeing Siddharth and Prachi sleeping on her together holding hands. Rhea manipulates him saying that he had blind trust on her and didn’t trust her when she tried to open his eyes. He shouts Prachi’s name and she wakes up. Prachi rushes to him but he pushes her and accuses her of having an affair with Sid. He calls her characterless. He breaks his relationship with her. Prachi breaks her ties with him as well and he tells her that he hates her.
He beats up Siddharth without listening to what he is saying. Rhea saying to Prachi that she is just like her mother and she had ruined her family just like her mother ruined her Dad’s. Prachi furiously calls her name and slaps her. Pallavi asks Prachi to take her things and get out of the house. She pushes Prachi away. Prachi goes to her room and packs her bag to leave.

In the Upcoming episodes we will get to see Prachi saying to Ranbir that it is all feeling like a dream, either this one or the past one. Ranbir tells her that they can love in their dream but he got betrayal in reality. Pallavi pours water on her head with an earthen pot and breaks it. Siddharth asks her what she is doing. She tells him that it is his mourning. Prachi steps out of the house. Ranbir looks at her leaving form. Rhea is happy with the success of her plan and goes to Ranbir.

What will Prachi do? Will Ranbir ever come to know the truth? What will happen next?