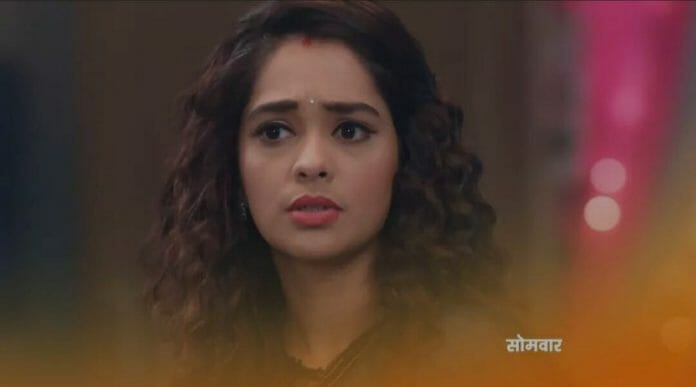 Zee TV Popular show Kumkum Bhagya is attracting viewers with an interesting storyline. currently, Sid goes missing has glued the audience to the screens.
As reported earlier, Vikram warns Pallavi to not misbehave with Prachi. Pallavi gets hurt by his behavior and vents her frustration in front of Alia. Alia advises her to make Prachi leave the house by getting her married to Sid as she is the one who is provoking Ranbir and Vikram.

Pallavi agrees. Dida advises Prachi to accompany Rhea to the hospital to make sure that she doesn’t change the reports. Prachi agrees and goes with Ranbir for Rhea’s DNA test. At the hospital, Rhea gets disappointed with Dr. Madhurima’s absence. Prachi asks her to get the test done by Dr. Preeti. Rhea gets worried.

On another side, Dida informs Pallavi that she feels someone kidnapped Sid as his room is messy. Everyone rush to Sid’s room. Rhea calls Alia and says she is in a tight spot. She says Dr. Madurima is not here and says the doctor who is appointed to do the test is someone Prachi knows.

Rhea says she is cornered from all sides. Alia tries to calm Rhea and tell her what happened in the house but Rhea doesn’t allow her. Rhea sees Dr. Preeti coming and asks Alia to do what she said and cuts the call. Alia calls Dr Madurima.

In the upcoming episode, viewers going to witness Rhea to says to Alia that they have to make sure that the DNA report doesn’t fall into the wrong hands. On another side, Prachi will say to Shahana that the time for the cat and mouse game is over.

Prachi says now either the mouse will be hunted down or will be forever locked in a cage. The next day Sid will say to Alia and Rhea he decided that if Mihika doesn’t come to the Sangeet then he will not complete the rituals and he will leave from the Sangeet.

Can Prachi be able to expose Rhea’s fake pregnancy? Will Rhea and Alia accept Sid’s demand?
All these questions will be answered in the upcoming episodes.