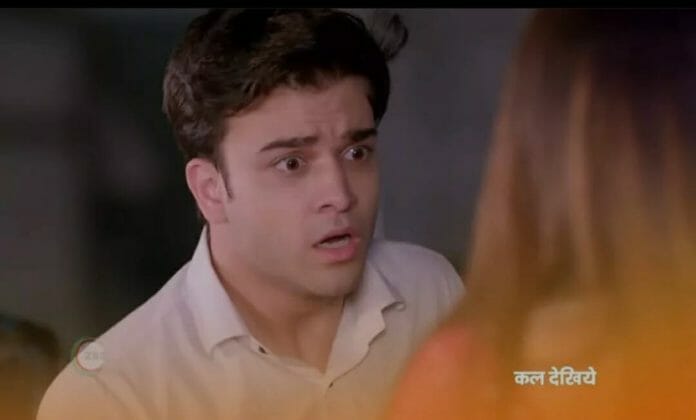 As reported earlier Pallavi and Daljeet share their happiness with everyone in the hospital by giving them laddoos. Shahana also says Ranbir prepared a cake. Shahana asks Pallavi and Daljeet to cut the cake. Alia comes to the hospital disguised as a nurse and sees the Kohli family celebrating. Alia comes to Prachi’s room and injects Prachi with Anesthesia to knock her out.

Ranbir thinks Prachi might have been tired. Alia also injects Ranbir with Anesthesia and knocks him out. Alia calls Rhea from Ranbir’s number. Rhea attends the call and congratulates Ranbir and tells him that she is unable to come to meet Baby as she is going to meet Alia. Alia says it’s fine as your aunt and baby are coming to meet you.

Rhea asks what’s she doing on there and why she is calling her from Ranbir’s number. Alia says you go against me and spoiled my revenge plan deceiving me but now I will take revenge. Rhea requests her to not harm anyone. Alia reveals she is taking the baby with her. She disconnects the call.

Rhea calls Pallavi but Pallavi doesn’t attend her call. Rhea thinks she has to save Prachi’s baby from Alia and it’s her duty. Alia tells the baby that she will rule everyone by using her as her trump card.

In the upcoming episode, viewers are going to witness Prachi will say to Aryan and Shahana that Alia came here. Prachi notices that her baby is missing and asks them where is her baby? Prachi blames Ranbir for the baby getting kidnapped. Prachi says to Ranbir that he is the father of the baby and it is his responsibility to protect the baby.

She says Ranbir failed in his responsibilities. Alia gets in a car with the baby and escapes from the hospital. Alia looks at the baby and says the baby is her genie who will make all her wishes come true.

Will Prachi and Ranbir be able to find their baby?
All these questions will be answered in the upcoming episodes.