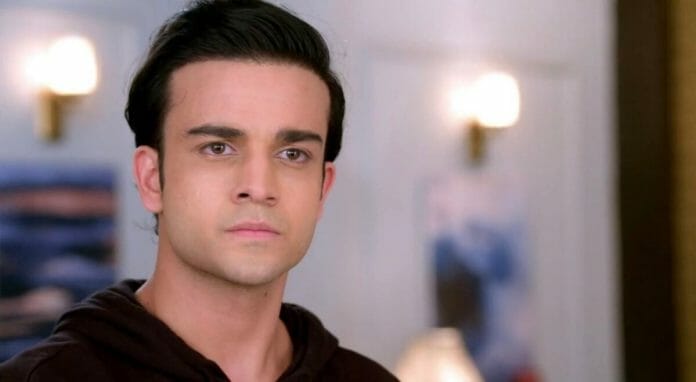 As reported earlier, Prachi preaches to Rhea about the importance of Mangalsutra and nobody can take it away. Not even you or Ranbir can take it away. Prachi tries to go from there. Alia stops her by saying it is your habit to turn round and round and suppress the main topic. Pallavi stops her and says she also thinks she made the theft of Rhea’s Mangalsutra and asks her to give it back. Prachi says to ask her irresponsible Rhea as she lost it. Pallavi says Rhea is not irresponsible if you think she is why don’t you help her by finding it. If you did find it Rhea will apologize to you. Prachi agrees. Ranbir asks Prachi if what she said does she mean it or just said it like that. Prachi says what she said is right as she learned it from her mother. Prachi also points out she said it is because of responsibility not because of love and when there is no love there is no relationship between us. Hearing it Ranbir has tears in his eyes. Seeing it Prachi turns away from him. Ranbir sees the Mangalsutra in the towel in Rhea’s room. Ranbir points to it by saying. Prachi brings Mangalsutra and gives it to Rhea. Ran it testifies for her. Prachi asks Rhea to apologise to her.

In the upcoming episode, viewers going to witness Rhea will say I wanted Prachi to be sad and wanted her to be in pain so I will insult her a lot so that she couldn’t get up in her own sight. Vikram will tell Dida that Ranbir has left home. Everyone will get shocked. Prachi will tell Shahana that whatever she told about her mangalsutra was true, it is her everything. Some goons will attack Prachi and asks her to give her mangalsutra to them. Prachi will get scared and drops the aarti plate.

Who will save Prachi from goons? Where did Ranbir go leaving the house?