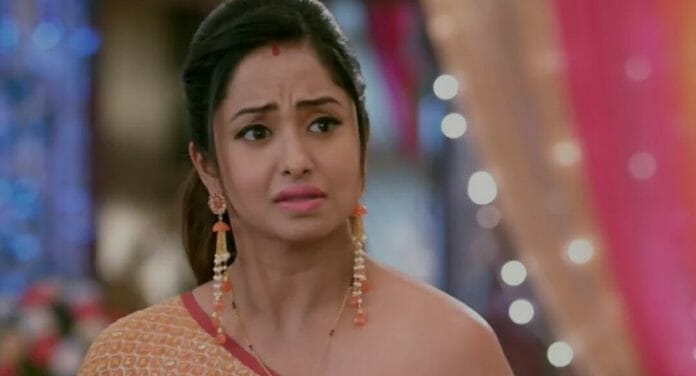 Zee TV Popular show Kumkum Bhagya is attracting viewers with an interesting storyline. currently, Rhea doesn’t save Mihika has glued the audience to the screens.

As reported earlier Prachi confronts Alia saying she knows the truth about Rhea’s pregnancy and says she knows Rhea is not pregnant. Alia acts like she doesn’t care about what Prachi is saying. Prachi says the real report is in Dr. Preeti’s laptop and says it will be here anytime.

The Goons kidnap Rhea from the hotel and bring Rhea, Mihika, and the waiter to an old warehouse. The Goon says to the human trafficker he needs 15 lakhs for that he can sell both of them. Rhea asks them not to sell her and says she can give them Rs 10 lakhs and says she has a special account and if there is an ATM nearby she can give them the money.

The Goons takes Rhea to the nearby ATM. Shahana calls Prachi for help. Shahana says Rhea is kidnapped by the Goons and asks her to come here. Prachi asks Ranbir to come saying Rhea is in trouble.

In the upcoming episode, viewers are going to witness Rhea will give the money to the Goons and thanks Mihika, and says she is vey useful to her. Rhea slaps the Goon and takes the phone from him when it falls on the ground. Rhea leaves from there. Ranbir and Prachi reach the warehouse. They hide seeing goons coming out from the warehouse.