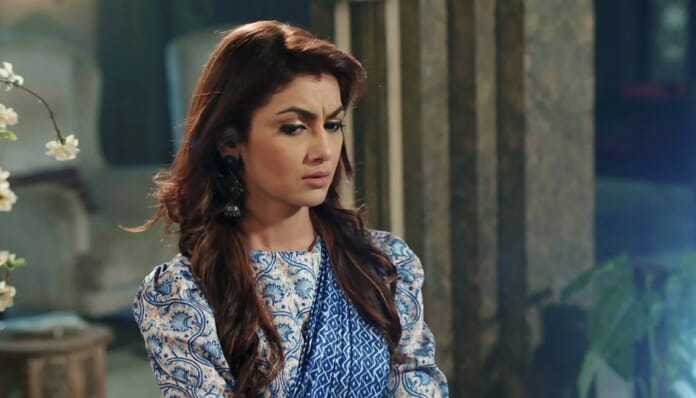 Zee TV’s popular show Kumkum Bhagya is all set to engage it’s audience with it’s interesting plot. I show have garnered huge response from the audience and is now running for years. The show has been dubbed into many languages and got great response in other languages as well.

The makers wants to keep the audience hooked to their Television screens with their twists and turns. The show’s main leads Abhi and Pragya are loved for their sizzling chemistry. Pragya and Abhi are seperated due to misunderstandings. Their daughters Rhea and Prachi are now daughter in laws of the Kohli house. While Prachi wants to get back with her sister, Rhea wants to take revenge from her and wants to get back with Ranbir.

In the today’s episode we will get to see Rhea happily dancing in her room remembering her moments with Ranbir. Dida sees her and feels happy for Sisddharth but then she sees him sleeping in store room and gets suspicious of Rhea. Dida then notices Rhea’s behaviour on the dining table and her suspiciousion gets strong.

She decides to talk with Prachi. Tanu and Aliya on the other hand decides to create a rift between Dadi and Pragya so that Dadi can be on their side which will automatically make Abhi on their side. Later Rhea tells Siddharth that she was happy without him in the room and asks him to stay away from her.

In the upcoming episodes we will get to see Tanu saying that Pragya thinks that she can change him but she doesn’t know he has changed now and when he doesn’t get alcohol his hands starts shaking and he will want what he wants. Rhea takes Prachi with her giving Dida a smirk.

Dida says that if Prachi doesn’t understand what she is saying now then she may lose everything. Rhea has the knife pointed at her wrist but then she throws it away in anger and says that it’s not her but it’s Prachi who needs to die.

How will Dida tell Prachi about Rhea’s intentions? What will Rhea do? Will Aliya and Tanu gets successful in their Plan?