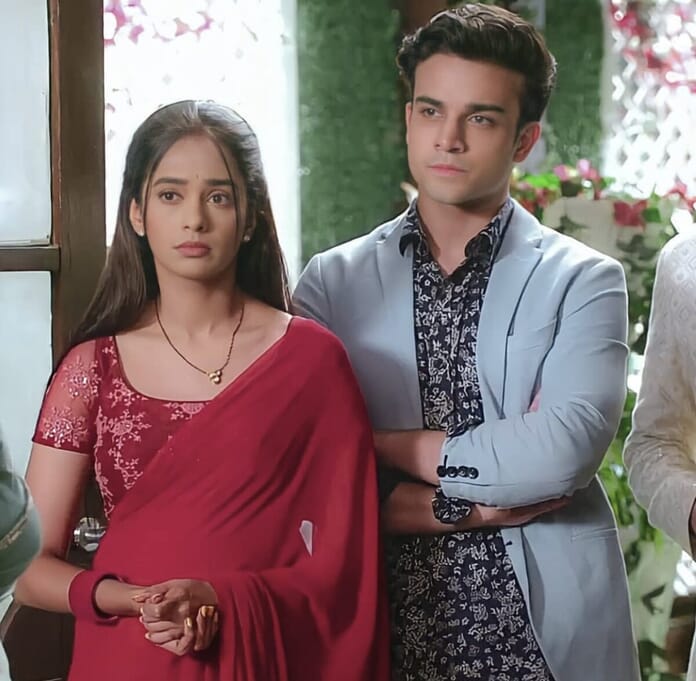 Zee TV’s popular show Kumkum Bhagya has always received love from viewers for it’s amazing character and story build. Kumkum Bhagya has always managed to take in account the suggestions of fans as and when required. With the story now focusing on Prachi, Ranbir, Sid and Rhea. With Sid and Rhea in trouble, the makers are planning to make two sister marry to two brothers.

In the current track, Prachi and Ranbir see Rhea and Sid married and they get shocked. After Sid and Rhea come home. Pallavi is shocked and denies to accept Rhea as her bahu. Ranbir tries to defend Sid but Pallavi shuts him up.
Later, Sid tells the whole truth of how he ended up marrying Rhea to Pallavi. Dida says Rhea and Sid did the same mistake that Prachi and Ranbir did. Pallavi comes and says Rhea thought about family while Prachi made Ranbir away from family. Pallavi taunts Prachi and praises Rhea. Pallavi welcomes Rhea and Sid warmly and make Ranbir and Prachi go away. Ranbir and Prachi feel hurt. Here, Abhi is unable to stop thinking about what Pragya told him.

In the upcoming episodes, Abhi will neat up Gaurav while Pragya will stop him and say she is there with Gaurav by her will. Abhi will be shocked.