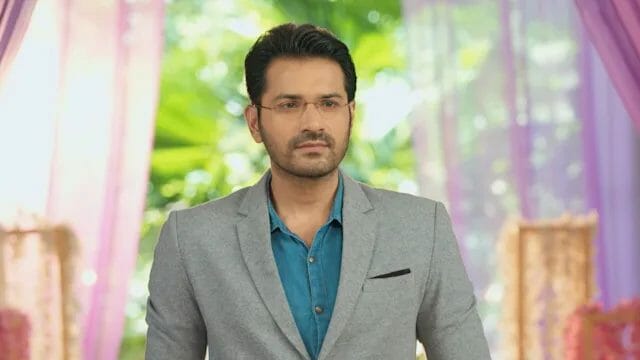 Rajan Shahi Yeh Rishta Kya Kehlata Hai is all set for one year leap. Abhimanyu and Akshara will get separated post Kunal will keep a condition for former surgery. The drama is currently revolving around Anisha’s suicide and Birlas accusing Kairav for the same.

In today’s episode, Akshara tries to convince Mahima that Kairav is not at fault. Mahima fumes in anger on Akshara. She accuses her for always siding Goenkas. Mahima says to Akshara that she is always against Birlas. Akshara says to Mahima that she is wrong about her. Mahima asks Akshara to shut up. Manjiri side Akshara. Mahima asks Manjiri to stop siding Akshara. She gets angry on Manjiri too. Mahima cries and says none understood Anisha ever. But this time she will get a justice for Anisha. Mahima regrets ignoring Anisha. Akshara tries to talk with Mahima. Anand asks Akshara to go. Akshara decide to go back to Goenkas. Manish feels helpless.

Akshara meet Goenkas. She hugs Manish and cries. Manish gets emotional too. Abhimanyu and Parth returns. They ask about Mahima. Anand tells Mahima’s BP was high but she is fine. Abhimanyu says to Mahima that Akshara would have helped her. Mahima says Akshara is at Goenka house. She adds Akshara always support Goenkas and they should accept the fact. Abhimanyu stands disappointed.

In the upcoming episode, Kunal will ask Akshara to convince Abhimanyu for the surgery as he is leaving India within 2 days. Elsewhere, Kairav will escape from the jail. Goenkas and Akshara will worry for Kairav. Will Goenkas be able to save Kairav? Time will only tell. Keep watching the show mon-sat, 9:30 PM on Star Plus.