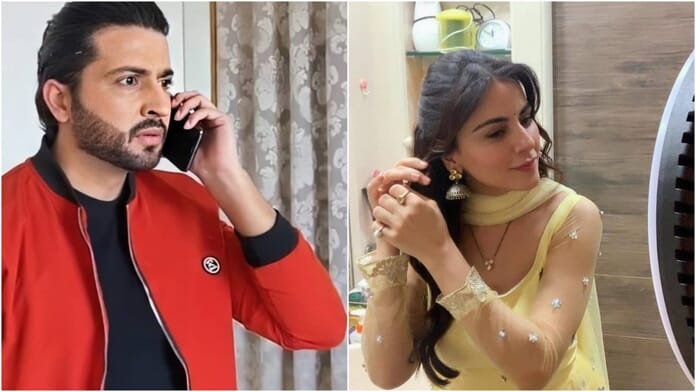 Episode begins with Rana suspects someone following him and comes downstairs to confirm his doubt. Preeta hides from him realizing his intention. She gets call from Sristy but cuts it to avoid making any sound. Rana drags Rishab inside the room and locks it, Preeta sees that. She says she will save Rishab for sure and thinks who is the kidnapper and says because of the helmet she can’t able to see his face too. Prithvi Waits for Rana’s call and he gets irritated and curses Rana for not informing anything about Rishab’s kidnap. He calls Rana and asks did he kidnapped Rishab or not. Rana’s helmet stucked he struggles to remove that but fails to do that in his struggle he cuts the call. Prithvi gets angry on him. Preeta thinks Rishab is such a good person he never did any wrong doings then who would have kidnapped him. She recalls how he helped her always and says she won’t let anything happen to him.

Rana calls Prithvi and asks did he saw the picture which he sent him. Prithvi checks his mobile and gets happy seeing tied up Rishab’s picture and praises Rana for doing his job well. He asks Rana to make Rishab conscious and then inform him. Prithvi celebrates his victory. Sherlyn calls Prithvi and gets angry seeing him cutting her call. She gets call from Mahira and thinks why she is calling her now. Mahira asks Sherlyn to come to her room and cuts the call. Mahira gets nervous thinking why Preeta coming here when here no one supports her other than Sherlyn and Kareena because everyone loves Preeta.

Prithvi calls Rana and asks did Rishab get conscious. Rana says he tried but nothing happening and his helmet too stucked so he is talking with him in speaker. Prithvi scolds him for putting his call in speaker and asks him to not remove the helmet because Rishab should not see him. Preeta thinks how to go inside the room. Sherlyn and Mahira fights with each other. Mahira says Rishab planning to stop her marriage and she gets to know that Preeta coming here. Sherlyn shocks hearing that. Mahira requests her to do something because she is not getting it what to do. Sherlyn leaves from there saying she is busy now so she can’t help her. Sristy thinks why Preeta is not attending her call. She messages Preeta telling Karan asked her to reach luthra house. Preeta reads that message and calls Sristy. Sristy gets happy seeing Preeta’s call. Preeta tells Sristy to not go to luthra house. Sristy asks her where is she now and asks why did she went to luthra house without her. Preeta says she is not in luthra house and about other details she will inform her later. Sristy says she feels like Preeta is in danger if she didn’t tell now then she will tell Sarla that Preeta went somewhere without informing her. Preeta says she will tell everything.