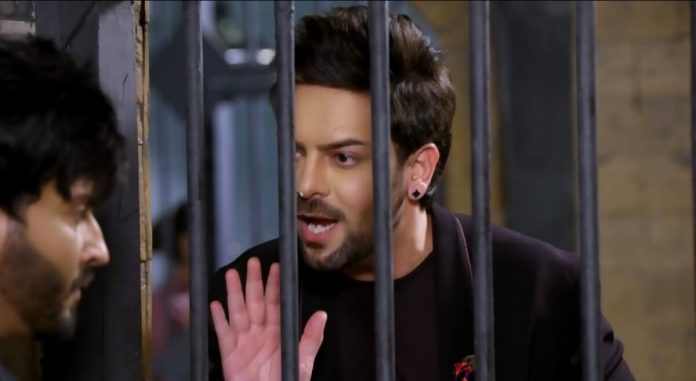 Episode begins with Arjun’s condition gets worsen. Rakhi introduces Sameer and Srishti to Pandit Vashishth. Pandit Vashishth signals her to stop talking. He looks around the house. He sits and begins the puja. He asks Rakhi about her son. Dadi tells him that they kept this puja for Sameer and Srishti. Rakhi says that her elder son Rishabh and Preeta will join the puja too. Pandit Vashishth asks her that where is Rishabh now. Kareena informs him that Rishabh went out for meeting. He asks them to bring Rishabh’s stuff.

Preeta gets up so Pandit Vashishth scolds her. He says that they can’t get up in the middle of the puja. Kavya comes there and says that she will bring Rishabh’s stuff. She takes Karan’s stuff which Rishabh kept in his drawer. She gives it to Pandit Vashishth and goes to play with Girish. Pandit Vashishth performs puja. He sees Preeta and Karan’s marriages in the fire of hawan kund. In the hospital, Doctor says that Arjun’s condition gets worsening after surgery too. He goes to call senior Doctor.

Meanwhile, Arjun gets a glimpses of the dam incident. He screams Preeta’s name in his unconscious state and asks Preeta to not kill him. Doctor injects him.