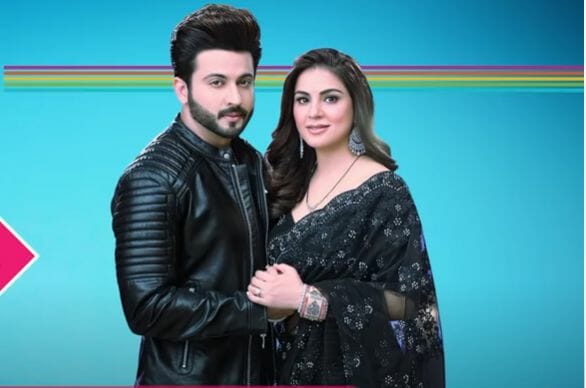 Episode begins with Rishabh reaches the location which Preeta sent him. He finds Preeta and unties her. He tells her that he won’t let anything happen to her. He asks her that if she is fine. She nods at him. Roxy’s guy clicks their pictures. Rishabh picks Preeta and moves from there. He asks her that how she reached there. He fights with Roxy’s guys and runs from there with Preeta. Roxy sees Preeta and Rishabh’s pictures and says that this is what he wanted. He stops his guys from chasing Preeta and Rishabh. He sends the pictures to Natasha. Natasha tells herself that Karan can share anything with Rishabh but not Preeta. She says that Karan will lose his control after seeing these pictures and Preeta has to leave the house.

In the Arora house, Srishti asks Preeta that why the latter is not saying anything. Preeta says that she is totally fine and she was thinking about what she saw there. She tells them that Natasha told her husband Roxy that she will commit suicide if she could not marry Karan then. She explains them everything. Srishti asks her to tell everything to Karan. Rishabh says that they have to expose Natasha and Roxy. He tells his plan to them. Srishti says that Rishabh’s plan is solid.

Sherlyn gets shocked seeing police. Police inspector tells her that they came for Prithvi. Prithvi comes there and says that he won’t let them arrest Sherlyn. Police inspector tells him that they came to take him to the police station for interrogation. He adds that Karan gave complaint complaint Prithvi. Prithvi defends himself. Police takes Prithvi from there. Sherlyn tells herself that she will snatch Preeta from Karan.

In the kitchen, Rishabh asks Preeta that if she is disturbed about something. Preeta tells him about the girls whom entered in Karan’s life. He tells her that Karan should accept that no one can love him than her. She tells him that he understands her love very well but not Karan. He tells her that Karan also loves her so much. He informs her about mask party. He says that they will expose Natasha and Roxy in the farm house. Karan comes there and questions them. Preeta gives haldi milk to him and leaves from there.

Next day, Natasha barges into Karan’s meeting room. She tells Karan that Preeta and Rishabh have an extra marital affair. He slaps her. Meanwhile, Preeta searches Natasha’s room and finds Natasha and Roxy’s marriage pictures. Karan yells at Natasha and warns her to not utter a word against Rishabh and Preeta.