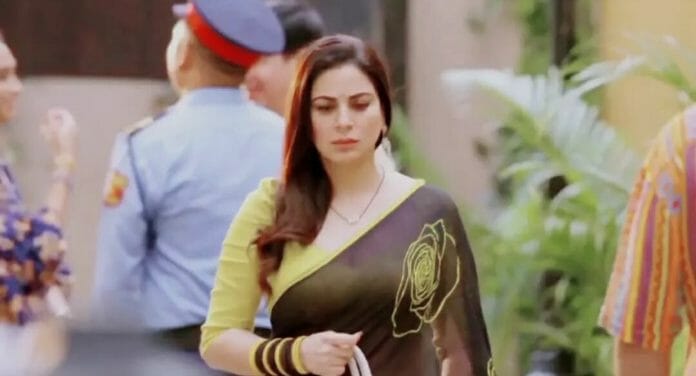 Episode begins with Preeta steps on Arjun’s foot deliberately. Arjun screams in pain. She asks him that why he dances when he don’t know to dance. He tells her that she stamped on his foot. Srishti says that Preeta dances well. Sameer says that Arjun dances well. They starts fighting. Rakhi asks them to stop fighting. She suggests dance competition. She says that it’s girls vs boys. Dance competition begins. Rishabh, Arjun and Sameer dances from boys team. Preeta, Srishti and Kritika dances from girls team. Everyone joins them.

Sherlyn starts dancing. Prithvi drags her from there. Then he dances with Kritika. Sherlyn gets angry seeing that. She drags Prithvi from there. She removes his fake beard. She scolds him for dancing with Kritika. He asks her to not take that dance seriously. He says that Luthras love Arjun but Arjun just pretending like a good guy. He pleads her to leave from there. He says that his goal is something else and he has to achieve his goal. He says that Preeta and Kritika don’t matter for him. He asks her to not get jealous. She tells him that she can help him by staying with him.

Sherlyn bangs Kritika’s head on the cupboard. Kritika loses her consciousness. Sherlyn tells Prithvi that she knows that he said all that to divert Kritika, still she can’t tolerate it. Prithvi tells her that he is so proud of her. He asks her to leave. He says that he will handle Kritika. She nods at him and leaves from there.