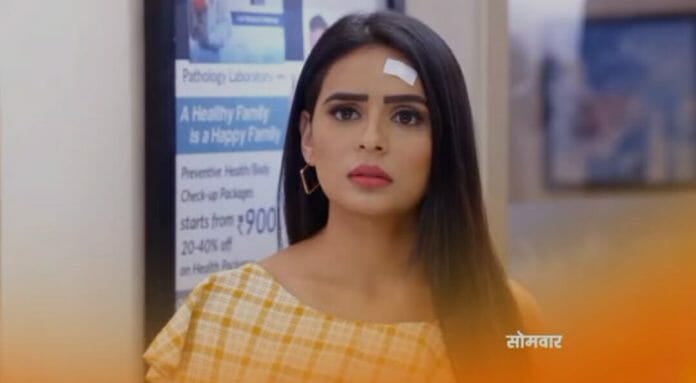 Shraddha Arya and Shakti Arora starrer Kundali Bhagya is one of the top Zee TV show. It has been around for a long time now and it was an audience favorite at all times. Now, Anjali helps Arjun talk to Kavya so it will be interesting to watch that what going to happen in the future episodes.

Earlier it’s seen that, Rishabh got happy seeing Preeta’s happy face. Mahesh teased him. Rakhi told Preeta that Kavya is better now. Preeta and Rishabh left to fill the form. Anjali learnt that Arjun has been nominated for best business leader award and she informed about it to Arjun. Later, Preeta learnt that Rishabh had to share a award with Arjun.

She asked event staff to exclude Rishabh if it involves Arjun then. Anjali told event staff that Rishabh and Arjun are not partners so business rivals now. Event staff said that Rishabh or Arjun will get the award now. She informed them that award function will happen in two weeks. Arjun learnt that Kavya was not well.

He told Anjali that he want meet his daughter. Anjali reminded him about legal warning. He said that he atleast want to talk to Kavya. She agreed to help him. Later, Rishabh and Preeta dropped Kavya in the school. Anjali met Kavya.

She called Arjun and gave the phone to Kavya. Kavya asked Arjun to meet her at evening. Preeta told Rishabh that she forgot Kavya’s tiffin box in his car. Rishabh assured her that he will give it to Kavya.

What happened to Rishabh? Is Kareena telling the truth?