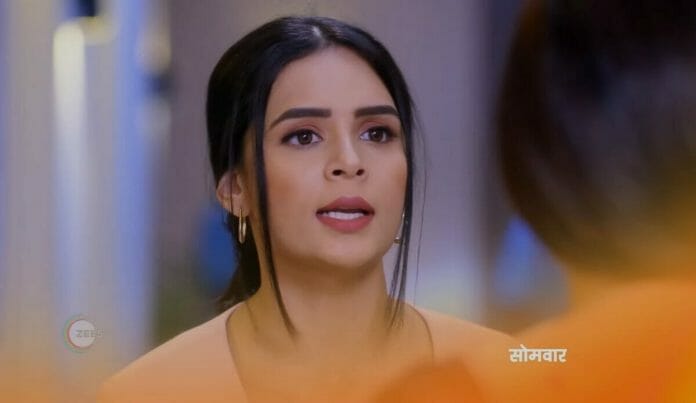 Shraddha Arya and Shakti Arora starrer Kundali Bhagya is one of the top Zee TV show. It has been around for a long time now and it was an audience favorite at all times. Now, Rakhi confirms that Arjun is Karan so it will be interesting to watch that what going to happen in the future episodes.

Earlier it’s seen that, Rakhi told Preeta to take test. Preeta slept due to medicine effect. Rakhi went to Arjun’s room and learnt that he is fine now. She told Arjun that she is indebted to him for saving his family. Doctor came to inject Arjun but the latter got afraid seeing the injection and he claimed that he is fine. Rakhi helped Doctor to inject Arjun.

She noticed birthmark on Arjun’s hand and left from there. Srishti and Kavya met Preeta. Preeta assured them that she is fine now. Rakhi informed Kareena that she is going home and left the hospital. Kareena followed her in worry. Arjun wanted to get discharged. Preeta came there to learn about his condition.

Kavya came there. Preeta gave permission to Arjun to hug Kavya. Sameer hugged Arjun and thanked him. Anjali saw everything. Rakhi reached home and took Karan’s album from storeroom and went to Karan’s room. Kareena noticed that Karan’s album is missing and she told everything to Mahesh.

Rakhi cried seeing the photo in which birthmark is visible on Karan’s hand. She said it’s the same birthmark and she smiled in happiness.

In the upcoming episode, Anjali will tell Preeta they would have take over Luthra industries if flight hijack did not happen then. Later, Rakhi will gather everyone in the hall to inform them about Arjun.

Will Rakhi tell what she found to her family? Where is Rishabh? What Preeta will reply to Anjali?