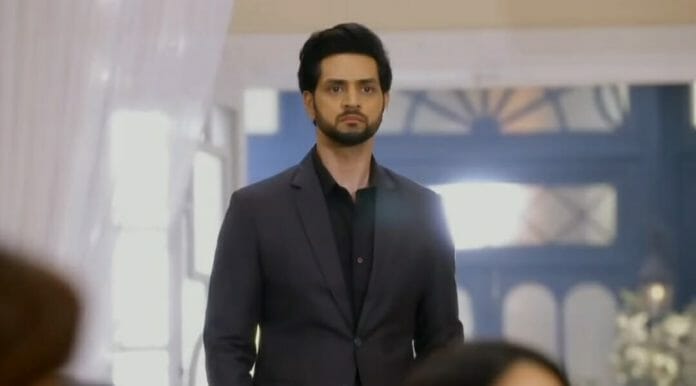 Shraddha Arya and Shakti Arora starrer Kundali Bhagya is one of the top Zee TV show. It has been around for a long time now and it was an audience favorite at all times. Now, Arjun plans to get Preeta so it will be interesting to watch that what going to happen in the future episodes.

Earlier it’s seen that, Srishti told Sameer to not go to office and attend the puja at home. Sameer told her that atleast he should go because even Rishabh is at home today. She got angry and he tried to convince her by saying he won’t go to office. Other side, Arjun scolded Preeta for risking her life for purse. Preeta told him that that’s a special purse for her.

She thanked him for the help and left from there. Shekhar informed Arjun about Anjali and Rishabh’s fight. He asked him to not miss the next meeting. Kritika tried to leave the house saying that she don’t have a partner so she need not a attend the puja. Kareena scolded her. She asked about prasad to Srishti.

Srishti told her that Preeta must be preparing prasad. Preeta chooses puja outfit for Rishabh. Priest told Rakhi that ‘paan leaf’ and ‘supari’ is missing and without them he can’t start the puja on time. Rakhi got worried hearing him.

What Preeta will say now? Why Arjun stopped the puja? Where is Anjali?