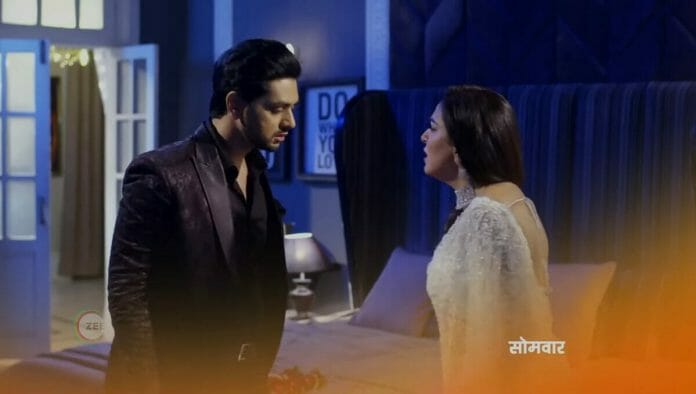 Shraddha Arya and Shakti Arora starrer Kundali Bhagya is one of the top Zee TV show. It has been around for a long time now and it was an audience favorite at all times. Now, Arjun tells Preeta that he love her and he want to marry her so it will be interesting to watch that what going to happen in the future episodes.

Earlier it’s seen that, Preeta collided with Prithvi then she left from there, without seeing his face. Disguises Prithvi noticed that Preeta crying. He wondered that who made Preeta cry. He decided to find out Preeta’s enemy.

Preeta entered her room and cried recalling how Arjun danced with her the way Karan used to dance with her. Prithvi noticed vermilion on Srishti’s forehead. Srishti scolded him for staring her.

He wondered that who married her. Preeta wiped her tears seeing Srishti. Srishti asked her to not hide the emotions from her. She asked her if Arjun did something again. Preeta told her that she feels Karan’s presence whenever Arjun is around her. She cried saying that she is missing Karan so much.

Arjun overheard their conversation. He thought that Preeta don’t miss Karan but she is ashamed of herself for killing Karan. Anjali came there and she took him from there. She told him that he still has feelings for Preeta and his emotions started controlling his mind.

He told her that he hate Preeta. He said that he felt happy seeing Preeta crying.She told him that he danced with Preeta as Karan. She said that she saw love for Preeta in his eyes.

Beeji adviced Preeta to not hurt Rishabh’s feelings because he is Preeta’s husband now. Preeta danced with Rishabh. Arjun and Prithvi got angry seeing that. Dadi’s friend Surekha asked Rishabh and Preeta to exchange ‘varmala’.

In the upcoming episode, Drunk Arjun will tell Preeta that he love her. Preeta will tell him that she is Rishabh wife. He will say that he will marry her today.

What is Arjun upto? How Preeta will react now?